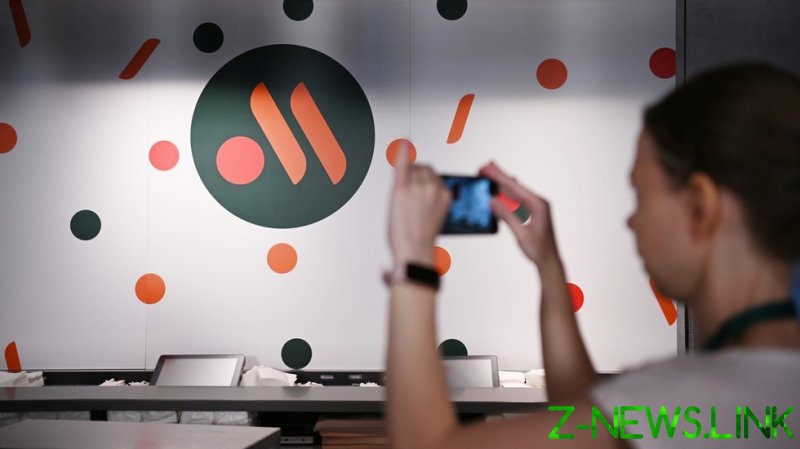 A number of former McDonald’s restaurants reopened in Russia with new branding and ownership on Sunday – the as Russia Day was celebrated across the country.

The iconic golden arches logo of McDonald’s has been taken down at restaurants across the country, and the sites have reopened as ‘Vkusno i Tochka’, which roughly translates as ‘Just Tasty’.

A new logo has also been unveiled – a circle and two diagonal lines on a green background, resembling the letter ‘M’. According to the new owners, it represents a hamburger and two French fries.

Among the first to reopen will be the flagship site in Moscow’s Pushkin Square, where McDonald’s launched its first Soviet branch in January 1990, symbolically marking the end of the Cold War for many Russians. Early Sunday, the site included the slogan ‘The name changes, the love remains’.

Russian media reports suggest the menu of the chain will remain almost the same, but the names of the items will be different. 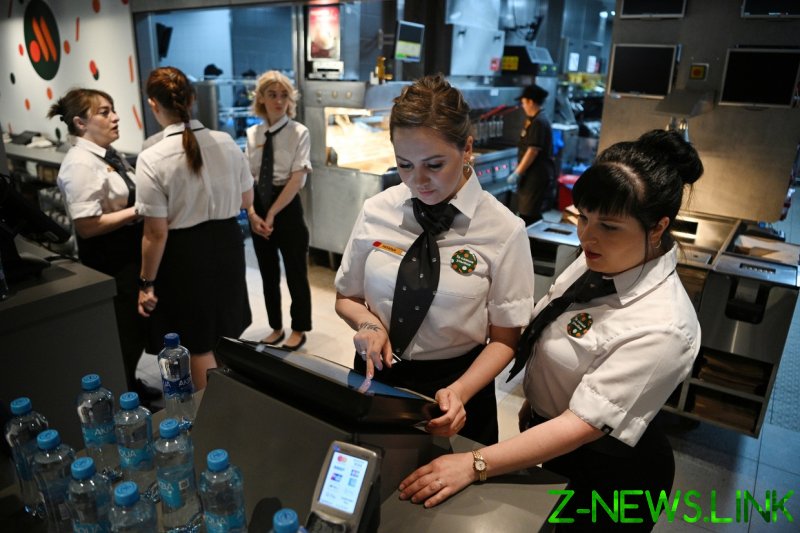 Last month, McDonald’s announced it was selling its restaurants in Russia to one of its licensees, Alexander Govor. It was far from the only big name to leave Russia after the launch of Moscow’s military operation in Ukraine and the sweeping Western sanctions that followed. The fast-food chain had operated in the country for over 30 years.

According to the new owners, the restaurants will fully reopen across the country within two months, and the total number of locations will be expanded from the current 850 to 1,000.

McDonald’s, the world’s largest fast-food chain, has the right to buy back its restaurants in Russia within 15 years. Also, media reports say that a small number of McDonald’s restaurants will be able to continue working in Russia in their original form, as one of the company’s licensees, Rosinter Restaurants, has a an agreement with the company that allows it to retain the franchise until 2023.