Former goalkeeper of “Dynamo” and “Dnepr” close to moving to Shakhtar 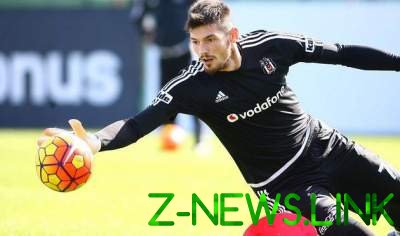 The goalkeeper of beşiktaş and the national team of Ukraine Denys Boiko can pursue a career in Shakhtar.

On the likely transition quickly, “miner” announced the representative of the Ukrainian goalkeeper Dogan Ercan.

“Proposals on the transfer of Denys Boyko had requested of PAOK and Olympiacos, but beşiktaş refused to them.

Smartly can leave Besiktas in January. Probably he will go to Shakhtar. Deals with lease options and a full transfer.

It is now up to the President of Besiktas Fikret Orman the. Shakhtar and Besiktas had problems in negotiations on the players that the Turkish club were interested in earlier. I don’t think they’ll let Boyko free”, – quotes the words of Ercan “Ajansspor”.

“Fanatik” claims that Boyko has already approved the details of the personal contract with “Shakhtar”. Financial details of the transaction are not specified.

Boyko in the 2014-2015 season helped Dnipro to sensationally reach the final of the Europa League. The Ukrainian goalkeeper has entered the symbolic team of the competition and soon signed a four-year contract with Besiktas.

In the Turkish Grand Denys Boiko played only 5 matches in which conceded 7 goals. On loan pupil of “Dynamo” played in Malaga, but the Spanish club of the former goalkeeper of “Dnepr” did not get 5 matches and 13 goals conceded.