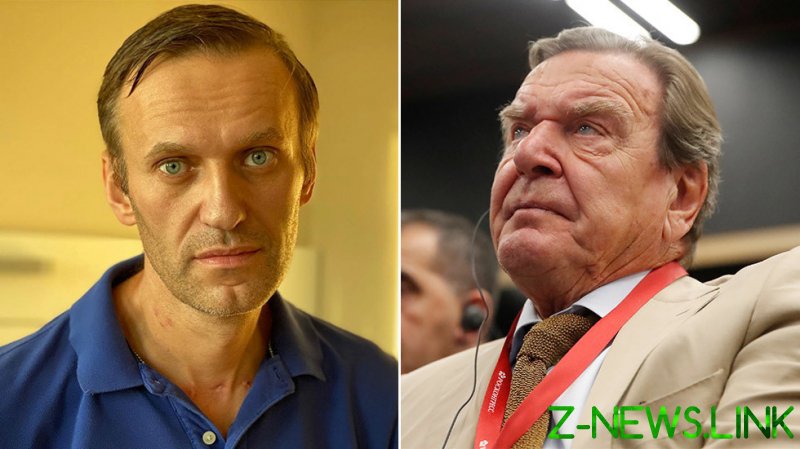 Posting on his LinkedIn page, Schroeder explained that he would be taking Bild to court after Navalny claimed that he takes “shadow payments” from Russian President Vladimir Putin, without presenting any evidence. The anti-corruption activist admitted that he has no concrete proof, but said he has “no doubt.” By circulating unproven hearsay, the former chancellor believes that Bild violated his rights, and therefore feels “compelled to take legal action against the publisher.”

In this interview with the notoriously anti-Russian tabloid, Navalny also accused Schroeder of “protecting murderers,” calling the former chancellor’s actions “humiliating for the German people.” The fact that the Moscow protest leader chose to speak to Bild has raised eyebrows in Russia, given the publication has long been bound to “support the Transatlantic Alliance, and solidarity with the United States of America,” according to the original founding charter of its publisher, Axel Springer. This stance places it in obvious conflict with Russian national interests, and means Bild can’t be considered an objective media outlet in this sphere.

Schroeder has long had close ties to Russia, including state-owned businesses. After leaving the German Chancellery in 2005, he became chairman of the board at Nord Stream AG, partially owned by Russian state-owned natural gas company Gazprom. Since 2017, Schröder has also served as the chairman of Russian energy company Rosneft. He is also the father of two children adopted from Russian orphanages in the 2000s.

Navalny has been in Berlin since August 22, when he was evacuated to Germany for treatment after falling ill on a flight two days prior. Following military laboratory testing, the Germans determined that the anti-corruption activist was poisoned with a substance from the Novichok group of nerve agents. This claim has been denied by Russian doctors, who say that they did not find any trace of poison in his body. On September 23, Navalny was discharged from the hospital and is expected to make a full recovery. Rehabilitation will take several weeks, after which he plans to return to Russia.