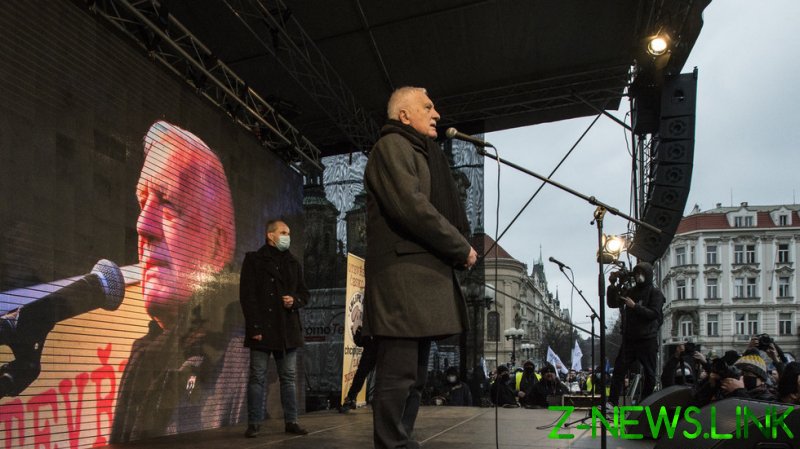 Vaclav Klaus, who served as the President of the Czech Republic from 2003 to 2013, has refused to return a Russian state decoration amid Moscow’s military campaign in Ukraine. Back in 2007, Russia’s then-ambassador to the Central European country, Aleksey Fedotov, bestowed the Medal of Pushkin on the Czech politician for “bringing nations closer together and preserving their cultural heritage.” Klaus was the first Czech citizen to receive this award.

In an interview with Czechia’s Lidovky news outlet published on Friday, Klaus said he considered “it childish to return this medal to someone demonstratively,” adding that such a gesture was something he “would not lower [himself] to.” He went on to proclaim that he “would have to be taken to the execution site to do something like that.”

According to Klaus, the award in question was not “Putin’s medal,” but rather “Pushkin’s medal.” He argued that it had not even been President Vladimir Putin who had initiated the medal, but then-president Boris Yeltsin, as it had come into being back in 1999.

He referenced what he described as “the cheap Russophobia that still exists today,” and denounced the sweeping “cancelation” of “Russian culture.”

Speaking of the effects the war in Ukraine was having on the Czech Republic, Klaus opined that the influx of refugees would cost both the state and taxpayers much more than the Covid pandemic did.

Since February 24, when, acting on Putin’s orders, Russian troops crossed the Ukrainian border, the country’s Foreign Ministry and several officials have reported cases of discrimination against Russian citizens in Europe, including in Czechia. According to the Russian media, Russian nationals have been the target of verbal and even physical attacks in the country.

In a post on its official Facebook page on Thursday, Russia’s embassy in the Czech Republic warned that the extent of Russophobia had become dangerous, and cited a growing number of crimes targeting Russians. The diplomats said they had contacted the Czech authorities to request that they take appropriate measures.

On Saturday, Aleksey Paramonov, the head of the first European department of Russia’s Foreign Ministry, described the current anti-Russian sentiment in Europe as “bordering on racism.”