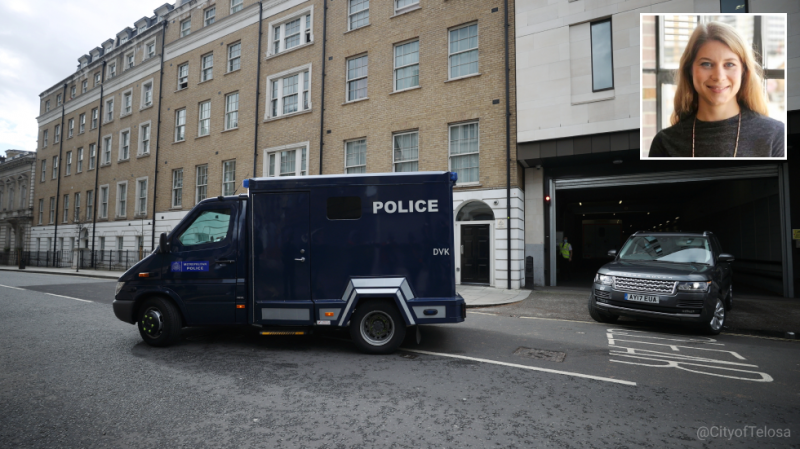 The sentence was handed down to the former Metropolitan Police officer by Lord Justice Adrian Fulford on Thursday.

The 48-year-old was convicted of the brutal abduction, rape and murder of marketing manager Sarah Everard on March 3 as she walked home from her friend’s house in Clapham, south London.

Couzens used his police ID to falsely detain Everard, handcuffing her before putting the 33-year-old in the back of his hire car and driving away. The firearms officer drove Everard to a secluded place near Dover, in Kent. He proceeded to rape her before killing her.

Lord Justice Fulford said Everard was a “wholly blameless victim of a grotesquely executed” crime. He said Couzens offered no explanation for the murder and added that he had “no doubt Couzens used his position as a police officer to coerce her into car.”

Prior to the sentencing, Fulford said the evidence gathered against Couzens was “unanswerable” and there was “no credible innocent explanation” for his actions.

Earlier this week, police interview footage showed Couzens trying to blame his crimes on an Eastern European gang, saying they forced him to “pick up” and deliver young women to them.