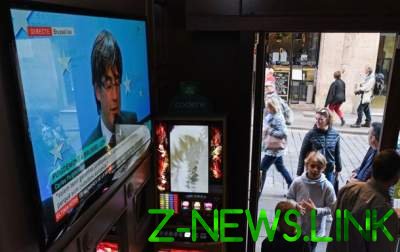 Former Catalan leader has criticized the lack of unity among parties.

The former head of the Catalan government, Carles Putteman on Saturday, November 25, gave a start to the campaign. He stated this in a hotel on the outskirts of the Flemish city of Bruges in Northwest Belgium.

According to him, the regional elections on 21 December in Catalonia will allow you to “ratify” the will of the Catalans to live in an independent state, which they expressed in the referendum on self-determination in the region on 1 October.

“We, the Catalans, have shown the world that have the ability and the will to become an independent state. And we must ratify the 21st number,” said Pujdeme.

However, he criticized the lack of unity between the parties advocating for the independence of Catalonia.

“This is the moment (expression) of Catalonia, and not political parties,” stated former Catalan leader.
Pujdeme previously declared readiness to meet with the Prime Minister of Spain, Mariano Rajoy.

See also:  New Zealand has saved hundreds of whales beached on the shore