Home / Movie / “Form of water” could be black-and-white

“Form of water” could be black-and-white

Guillermo del Toro believes that it is the best film in his career. And looking at the trailer, we immediately understand: this is a picture of his dreams. But surely even here the Director has gone on some concessions, and the tape came out not like he wanted?

In an interview with Entertainment Weekly art Director Paul D. Austerberry, who worked with del Toro talked about the fact that the original “Form of water” was conceived as a black and white movie, but intervened in the case of the company the guys from FOX:

Budget would be $ 12 million if it was in b/W. And then Fox Searchlight say, you Know, if you do it in color, we will give you 19,6 million dollars. It was difficult for us even from 19.6 million dollars all off, so, fortunately, everything turned out for the best.

Black-and-white “Form of water” is certainly interesting. And the logic is obvious, because one of the main muses of the film Director was the classic film “Creature from the Black lagoon” in 1954.

I was a little nervous about b/W, because color is a powerful element that you can play in story or film to create a mood. And now people after watching the film talk about its color, so I’m glad we went this way.

What does this through himself Guillermo del Toro? Fortunately, EW took it and his comment:

If to speak absolutely frankly, this victim was immaterial. Just one of the things that were to me not so important, but I understand that it must seem like I’m compromising. Oh, Guillermo. He’s such a good guy. He refused b/W.

Perhaps, now everything fell into place. I think, if del Toro really wanted to release black-and-white “Form of water”, he would have rested and nothing was removed, as has already happened with this guy again. But I guess all worked out for the better. 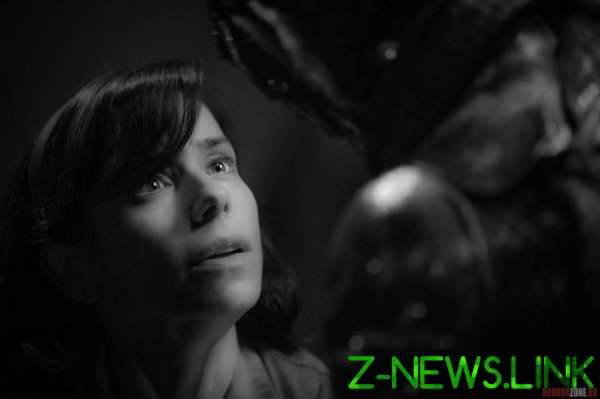