Forget the glamour of Oxbridge, it’s time to accept the British education system is fundamentally broken 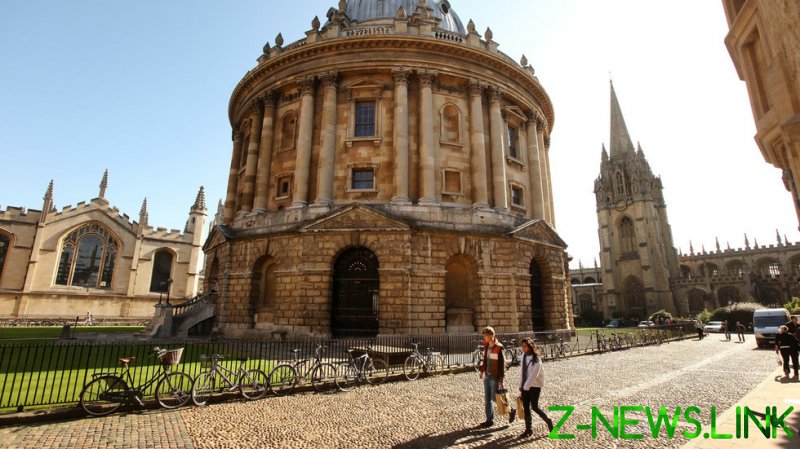 It’s that time of year again when our education system is under scrutiny, as bright-eyed, hopeful young people all over the country open up their GCSE and A-level results on breakfast television.

I am sure you can picture the scenes of congratulatory teenagers hugging each other and crying. They have won. They got the grades required to continue their educational journey. They get to live away from their families for the first time and have that all-important ‘university experience’.

They are understandably excited about the new friends they will make, the parties, the freedom of living like an adult… some of them are even excited about their studies and the promise of an education which challenges and opens their minds to new ways of thinking and understanding the world.

However, this is only a very small part of what should be known as the Great British Education Scam.

Because we have to address the big elephant in the room that every individual and group with an interest in our education system is aware of but afraid to address – the influence of fee-paying schools and the tutoring industry.

Over the last two decades, the British system of providing top-class education with a high price tag has grown massively, attracting a growing international student body, because of independent schools’ huge success in getting pupils into the top universities. In addition, this creates strong social capital – the networks you (and your parents) can later draw upon for internships, jobs, references and, of course, access to even more elite networking at the top universities.

This is why, for the middle class, the education system is about so much more than what a student actually learns – it becomes the key to securing a future for the individual, the reproduction of the class system and the maintaining of the social order.

It’s no wonder, then, that students feel the weight of the world on their shoulders. For middle-class students, the fear of failing in this system is immense, and that’s just to get into the ‘right’ university (which may not actually be the right place for them, or for their educational interests and abilities).

By the time they are filmed screaming, opening the envelopes of hope, they have been through an intense private education system, had hourly-paid tutors coaching them before exams, specialist support and mentoring in writing glittering personal statements, and even – believe it or not – personal begging letters sent for their benefit straight from their private schools’ headteachers to their prospective universities. And that is all before they are even offered a place.

Working-class students cannot compete with this insider knowledge and gaming of the system. Consequently, the top universities in the UK have become bastions of privilege and inequality, and stink of the unfairness and cruelty of the British class system, to the extent that some of the worst offenders have been attacked for the levels of inequality they promote.

The Royal College of Music tops the list with a staggering 69% of its student body coming from the fee-paying sector, followed by The Royal Academy of Music (61%) and the Courtauld Institute of Art (42%). This is astonishing considering the government has recently announced severe cuts in funding to the creative subjects at universities. These will almost certainly fall on the post-1992 universities, whose student bodies are far more diverse than the more elite Russell Group universities that fill up the rest of the list of those with over-represented private school students, including Oxford, Durham, St. Andrews, Imperial College and Cambridge.

The British education system has real power and it knows it. Universities regularly flex their symbolic muscles, with real-world effects. Cities throughout the UK have had their fortunes changed by having a ‘good’ university. In some cities, the university is the largest employer, and brings in massive revenue – the consequences are that it has enormous power over planning, housing and development.

I would like to say that all universities are sympathetic to their neighbours, and work with their hosts in creating a better environment for everyone, but that is not my experience. Some universities are better than others, and use the local population to recruit their students and workforce from, consequently having a very positive impact on their neighbours.

Other universities rely on ‘Widening Participation’ schemes which despite their name do very little to attract working-class or mature students from the local community or make them feel supported in an environment that they often say is hostile towards them.

Universities are even being heavily criticised by their own students for their levels of inequality. Durham, York and Cambridge all have robust and feisty working-class students’ associations, while at the London School of Economics students have recently started a movement called LSE Class War, which among other aims wants to see a student body that is exclusively made up of those from state schools. It has recently come under fire from the right-wing press for extremism, and yet the real extremism of the education sector in the UK in promoting individualism and personal achievement over a good society, and that the lie called meritocracy is rarely challenged.

There is an alternative to all this, however. Business, government and the education system itself all know there are significant challenges ahead and that education could be a tonic rather than another layer of sickness.

Employment is changing and changing rapidly. The way we work and shop has changed dramatically since the pandemic. We have ever-deepening geographical and class divides, and we all know the way our economies have worked since the last industrial revolution cannot continue. In short, we cannot continue without evolving – we have to change. Education cannot solve all social problems: it cannot solve poverty, exploitative and unsustainable business and employment practices, it cannot solve high rents, and insecure lives brought about by the housing crisis. But it should not be adding to them or even exacerbating them.

We could have highly educated, critical and thoughtful societies and education could be the basis for these – but we have to see our education systems as resources for the greater good of humanity and not as merely functional spaces to cement the status quo. Our education system needs to be based around far more diverse good local arts and community spaces that can be places of learning and debate and change, and which challenge the behemoths of an unsustainable university system, where millions of young people and their parents fork out thousands to access and then leave with mountains of debt.

This model of education has had its day.