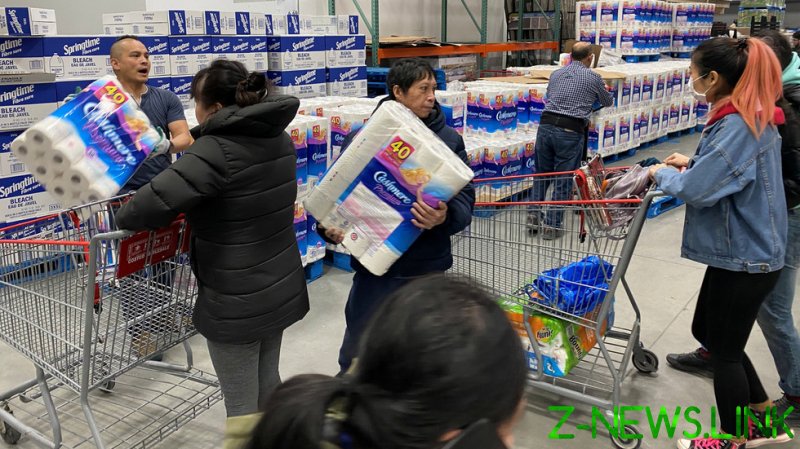 As Covid-19 slowly releases its grip on planet Earth, our civilization needs to pay its respects and show boundless gratitude to the people most responsible for pulling what’s left of our society through to brighter days.

There’s no need to laud our political figures. Between those on the Left who folded under pressure and did more damage with shutdowns than the Coronavirus could manage on its own, and those on the Right who ignored the basics of virology because the bug’s timing wasn’t politically convenient, our failed leaders served their parties first and a worried citizenry a very distant second.

The public health officials serving those politicians should feel free to disappear into the wainscoting and never show their sniveling faces again. Men and women who slogged their way into hopeless, pseudo-medical civil servant jobs found themselves the centers of attention and lavished in the publicity. That’s a wrap for these wannabe celebs. Strike the set. Kill the lights. While we’re at it, let’s go ahead and list Epidemiology a notch or two below Astrology and Phrenology on the ranking of reliable sciences.

The media did nothing but spew fear-pornography across newsprint, broadcast airwaves and computer screens. These orchestrators of dread all but admitted they milked every sweet drop of anxiety from a public left without sensible, well-reasoned advice in a time of crisis. As long as clicks were up and ad rates holding steady, why worry about the now well-crucified principles of reporting verified facts and well-supported conclusions? Instead, headlines dancing around ‘may,’ ‘could’ and ‘possibly’ put on a news mask and pretended to educate while sending a terrified public out to battle for toilet paper.

The conspiracy-minded conservatives offered nothing but paranoid half-truths and unsubstantiated rumors that morphed into new brands of delusional nonsense whenever the change served their wounded political agendas. These worshipers of everything black helicopters, secret societies and ancient aliens at least provided more entertainment than most other tribes who failed in the Covid clutch. They can shove Occam’s razor right up his backside, insisting that only the least likely and most elaborately concocted explanation of a crisis or tragedy must be true… Or, is that what they want us to think?

The progressive true believers – those so desperate to be controlled and so eager to seize control from others – took a knee before the virus and every possible restriction and precaution without engaging even a moment’s rational thought or evaluating effectiveness. The virus drama offered them such a once-in-a-lifetime chance to advertise their boundless compassion and sensitivity that they secretly delighted in the international health crisis. While they mumbled their meaningless ‘all-in-this-together’ platitudes through six HEPA filter masks, they were rooting for the virus to stick around because it made them feel important and needed.

We can’t dig a hole big enough to bury all of the above, so we must abide their foolishness while turning to salute the men and women who really did the brick and mortar work of holding a functioning human system together – responsible, practical and reasonable working men and women.

There’s nothing outwardly special about them. You pass countless numbers of such folks every day without paying them a moment’s notice. If you’re fortunate, you can count yourself amongst them because, to steal a breath of Kipling, they kept their heads when all about them were losing theirs.

Choose whatever admittedly cliched moniker you prefer: Mom and Pop. Joe Six Pack and Suzie Temp. Mr. and Mrs. Main Street. They kept the lights on and the machinery oiled while the tribal warfare of blame-rich politics kept Covid problems piled high and solutions buried deep.

When the virus first hit the Western world between the eyes in March and April of 2020, these possessors of very uncommon common sense took it seriously. Perhaps erring on the side of excess early on, they obeyed the quarantine rules and lockdowns, playing along with precautions while trying to sift reliable truth from a torrent of terror-muddied misinformation.

A few more weeks into the Coronavirus story, when evidence indicated it was primarily the elderly and very sick who most fell in its crosshairs, the silent majority braved the wrath of the nanny state and began venturing out into the world again. They found the virus a genuine, but manageable threat – and they acted accordingly by getting on with their lives while navigating ongoing protections.

When the cynical conspirators called them ‘sheep’ for not engaging in behavior that would prove risky during any flu season – let alone the proliferation of a serious respiratory disease – they shrugged it off and let the risk fall elsewhere.

When the giddy doomsayers scolded them for not employing psychotic breaks and submitting to life in a bunker, they pitied the timid and let them hide. All the while, they went to work, stayed in touch with the people they loved and made sure their kids studied as best they could. When it became clear children were largely out of harm’s way, they pushed for schools to reopen. They remained always practical, always focused on what needed to change next.

When the vaccines came along, they waited their turn and took the jab so life could eventually return to normal. While too many insisted that a medical tool that had retired the likes of polio, measles, mumps, diphtheria, rubella and scarlet fever couldn’t be trusted to end the pandemic, they believed the wisdom of proven medical science. Cases plummeted right on schedule.

Even now, while the anti-vaccination horde insists the virus was all a lie of impossible intricacy… and while the cult of the forever-masked cry that Covid-19 will never go away, as though they’ll miss it when it’s gone… the stoic and the reasonable put their heads down to enjoy a post-Covid-19 world they protected and nursed along until sanity came home again.

Working men and women, knocking down the nine to five and raising families, even in the face of viral panic, are the true heroes. If only more of the virus’ fearful mob or the bitter deniers would’ve caught their shallow breaths and taken a calmer look around, they’d have realized matters were in hand. From banks to bakeries, hospitals to police stations, farms to factories, the grownups were in charge.