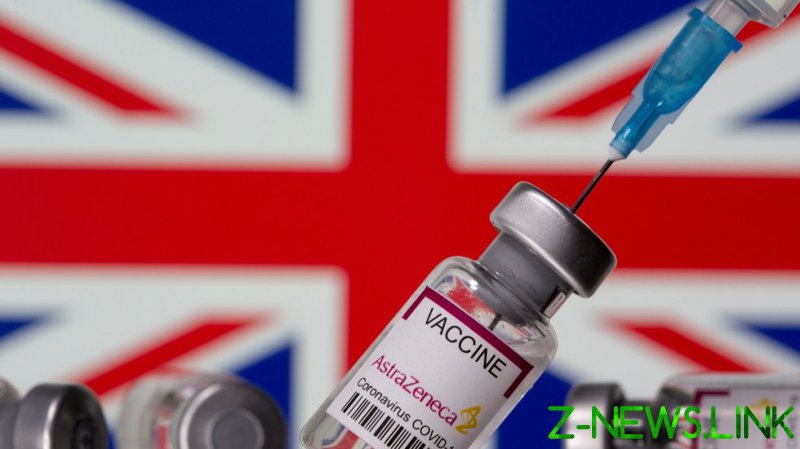 The behaviour of the EU during the Covid pandemic has been nothing short of breathtaking. The latest threat by the European Commission President, Ursula von der Leyen, to use emergency powers to block the export of vaccines to the UK is the latest in a litany of developments that have most commentators asking if the EU has gone nuts.

The alleged reason for the EU’s dictatorial behaviour is that it is no longer prepared for vaccines made in the EU to be exported to Britain while Europe faces shortages of critical medicines.

Like every authoritarian regime in history, the truth has been manipulated to fit the narrative.

The claim of critical shortages of medicines is fake news. The reality is that EU governments have used only 48 million vaccine doses out of the 62.2 million delivered, so far. Almost half the 14.8 million AstraZeneca doses produced for the EU have not been used.

However, it is wrong to assume that the origin of the manufacturing of fake news stories lies in the need to compensate for the EU’s bureaucratic incompetence and mismanagement, which has been abundantly apparent to all.

While this all smacks of a political panic, of the let’s-blame-somebody-else-before-voters-blame-us type, this misses the key truth about the EU’s behaviour: namely, that it fears the success of Brexit UK more than it cares about the lives of its citizens. The EU has been focused on one thing and one thing only: the need to undermine Brexit Britain, even if it means undermining the great success-story of the UK’s Oxford-AstraZeneca coronavirus vaccine itself.

The facts speak for themselves. It began with France’s President Macron calling the AZ vaccine into question for elderly people, which turned out to be fake. Then followed the false claim that the UK had banned vaccine exports, a fake news story the EU was eventually forced to admit was untrue but for which it offered no apology. And, most recently, blood clots in a small number of recently vaccinated individuals became the flimsy pretext for the suspension of the use of the AZ vaccine in 17 countries.

But there is no proof the Oxford vaccine causes blood clots. Universal invulnerability to death and disease in a population of millions of older people is impossible. The assurances that followed, given by AstraZeneca itself, the UK government, the Scottish government, the World Health Organization and indeed the European Medicines Agency, did nothing to halt the EU’s relentless propaganda war.

The cynicism of the EU is limitless. The European Council’s (unelected) President Charles Michel’s claim that “Europe will not use vaccines for propaganda purposes,” delivered with a straight face, beggars belief.

Since the start of the vaccine programme, the EU has been engaged in a conscious, full-scale and vicious propaganda war aimed at undermining Brexit UK and its Covid vaccine, but especially the democratic ‘virus’ that shook the EU to its very foundations.

These actions are not innocent or made as genuine mistakes. Nor are they without dire consequences.

It is not just the citizens of Europe whose lives are being cynically abused by EU technocrats. The fake news and the fear-mongering campaign is impacting people around the globe, causing more to refuse to be vaccinated, even now in the UK.

Forget about social media. Forget about QAnon and other madcap conspiracy theorists. The EU is today the world’s leading purveyor of fake news and misinformation.

The only good thing about these developments is that the EU has exposed itself to be yet another common-or-garden authoritarian bully. This is an incompetent dictatorship of technocratic experts and bureaucrats who couldn’t organise a drink-up in a brewery. But it now stands exposed as a vicious and cynical elitist institution which rests upon contempt for the lives of its own citizens.

It is this reality Europe will have to face up to once Covid-19 is eventually beaten, a battle that is being unnecessarily delayed by the EU’s priority of undermining Brexit rather than crushing Covid. It doesn’t get any more cynical than that.