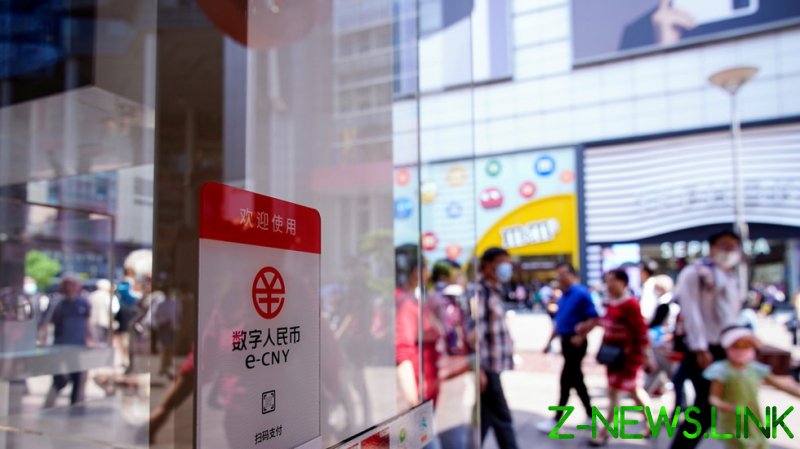 Despite e-payments being a major form of transactions in China, the country’s two leading mobile pay applications, operated by Tencent and Alibaba until recently, required a Chinese bank account to make payments within the country, which created difficulties for foreigners.

The PBOC’s move aims at eliminating this nuisance, with only a mobile telephone number now needed to make digital payments within the country.

“The internationalization of a currency is a natural result of market selection. The international status of a country’s currency depends on its economic fundamentals and the depth, efficiency and openness of its financial markets,” the central bank stated.

China has been developing e-CNY since 2014. Friday’s white paper outlines the main goals of the digital yuan, differentiating it from other digital payment tools by being legal tender, not requiring an actual bank account, supporting offline payments and providing “managed anonymity.”

According to the Chinese central bank, the e-CNY “collects less transaction information than traditional electronic payments and does not provide information to third parties or other government agencies unless stipulated otherwise in laws and regulations.”

The PBOC has been testing its digital yuan in China for over a year, with more than 20.87 million personal and some 3.51 million corporate wallets opened. The combined transaction value of those amounted to some 34.5 billion yuan ($5.39 billion), the paper stated.

The bank did not provide information on when the digital yuan feature would be made available. However, CNBC has reported that its employee in China was already able to access the e-CNY through their domestic bank account.