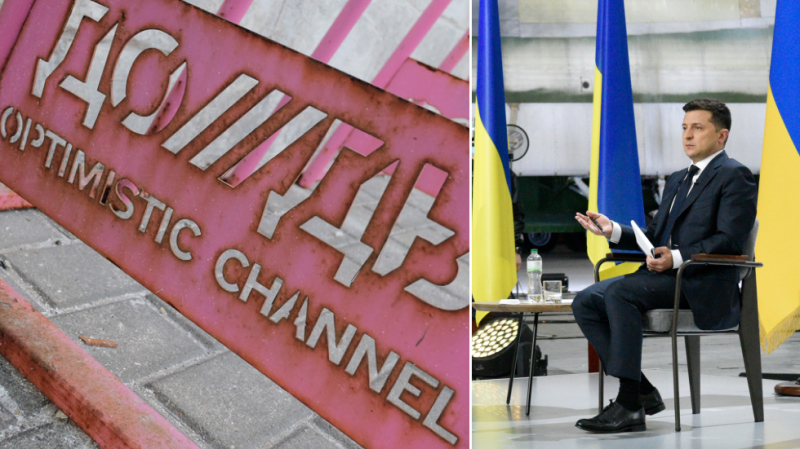 Without such a media, the accepted wisdom goes, capable of bringing errors to light and wrongdoers to account, to provide a forum to discuss solutions to national problems, a state will likely start to stagnate.

Whether such a press truly exists in the Western world is a matter of dispute. Still, the Western press, broadly speaking, does at least enjoy a fair degree of legal freedom, even if its corporate funding – and control – is shadier. Beyond laws on libel and hate speech there is little to limit it, at least in theory.

Unfortunately, this is less the case in parts of the former Eastern bloc – notably Russia and Ukraine, but also in places like Poland and Hungary, where governments are resorting to ever-tougher measures that critics say restrict press freedom.

In Russia, this is an effect of the past few years of East-West tension, which has convinced the authorities that the Russian non-systemic opposition is acting as a fifth column, seeking to destroy the state from within, backed by financial assistance from the West. It appears that a decision has been made to root this alleged fifth column out.

The result has been the official labelling of activists and opposition-leaning media outlets as ‘extremist’, ‘undesirable’, or ‘foreign agents’, legal categories which bring with them certain restrictions and obligations. Among those designated foreign agents in the past few months is the Latvia-based media outlet Meduza. Now the liberal online TV station Dozhd and the investigative website iStories have been added to the list.

The targeting of iStories is not altogether unsurprising, given that the website’s exposes into organizations like oil company Rosneft may well have antagonized those in authority. The attack on Dozhd is more unexpected. Although the TV station has annoyed state officials in the past, it was generally felt that the Russian state found it useful to keep Dozhd alive as a means of indicating that Russia still tolerates anti-government opinions, and thereby of rejecting claims that the country lacks a free press.

It seems, though, that the days of tolerating the foreign funding of anything political are over. Dozhd is said to have received cash from the likes of British company StoneX Financial and the French pharmaceutical firm Sanofi. In the current climate, that is enough for the state to take action.

The results of the move remain to be seen. In the past, institutions designated foreign agents have said they have found it harder to attract advertisers, and some people do not want to work or otherwise be associated with them, fearing that it may damage their reputation or employability. Being labelled as a foreign agent does, it seems, have negative consequences.

That said, it’s not fatal. The law requires individuals or organizations so designated to report regularly on their activities and to indicate their foreign agent status on any material that they distribute. This is irritating, and off-putting, but it doesn’t prevent anyone from operating.

In that sense, however restrictive the Russia government’s actions may be, they pale into insignificance when compared to what has taken place recently in Ukraine. Kiev has gone far beyond harassing opposition media and has taken to outright banning it as its first course of action.

This is not entirely new. The Ukrainian state has been waging a war on freedom of speech ever since the 2014 Maidan. This has included banning Russian books, media, and websites, as well as materials published in other countries that are deemed to contradict the state’s self-declared ‘European’ course.

Until recently, though, the Ukrainian state largely left the domestic media alone. That has now changed. A major turning point came in February this year when Ukrainian authorities banned three TV stations associated with the main opposition OPFL party on the grounds that they were spreading “Russian propaganda.” This coincided with the arrest of one of its leaders, Viktor Medvedchuk, for alleged treason.

Now, Ukraine’s president, Volodymyr Zelensky, has followed this up with a decree imposing sanctions against a number of notable political opponents. These include a member of the Ukrainian parliament, Andrey Derkach; the well-known blogger Anatoly Shariy; and the editor of the opposition internet outlet strana.ua, Igor Guzhva. Along with this, strana.ua has been banned. Access to the site is now blocked, although reporters have set up an alternative web address at strana.news for the time being.

Justifying the action, the head of the Security Service of Ukraine, Ivan Bakanov, claimed that “all of them are waging an information war against Ukraine and are active participants in hybrid aggression.” “The Security Service clearly distinguishes between freedom of speech and the attack on the statehood and sovereignty of Ukraine,” he said.

In reality, what strana.ua and other banned outlets have done is challenge the government’s narrative that the war in Donbass is entirely the fault of “Russian aggression.” In doing so, they’ve not only expressed a legitimate opinion, but have actually contributed to Ukraine’s sovereignty and statehood, since it is only by recognizing its own partial responsibility for the situation in Donbass that the Ukrainian state can ever hope to resolve the problem in a manner to its advantage.

Repressing freedom of expression in this way is ultimately counterproductive, as it prevents those in authority from hearing unwelcome truths. But it serves Zelensky, who has shown that he has absolutely no idea how to end the Donbass war. Unable to admit this reality, he has resorted to silencing all those who dare to point it out. And there may be more to come. Just a few days ago, the Ukrainian TV and Radio Broadcast Council called for the last remaining major opposition TV station, Nash, to be shut down.

If that happens, the independent media in Ukraine will have been completely destroyed in less than a year.

As Ukrainian academic Volodymyr Ishchenko points out, the remarkable thing about this is that “all this happened under little criticism and, most, shameful silence or sometimes even legitimation and justification by the Western officials and media, unimaginable in relation to political repression in Russia and Belarus.”

While the labelling of media as foreign agents in Russia has attracted significant attention, and much criticism, in the Western press, the much more serious destruction of the free media in Ukraine has passed by without complaint – and even, as Ishchenko points out, occasional approval.

In the end, both Russia and Ukraine will be weaker for having fewer press outlets able to hold government to account. Meanwhile, the selective attention of the Western media casts doubt on its own objectivity. Wherever one looks, the situation is far from healthy.