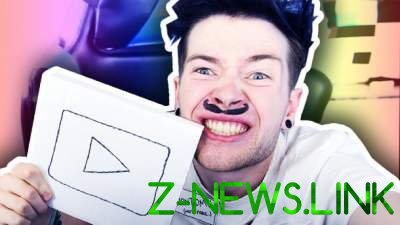 By the end of 2017, the renowned publication Forbes has made a rating of the bloggers who received the highest incomes over the social networks.

The rating was headed by Daniel Middleton, aka DanTDM. His video channel on Youtube has brought him 16.5 million dollars. For Middleton watched almost 17 million subscribers.

Second place in the ranking is Evan Fong and his channel VanossGaming. Watching him 21 million subscribers. This year he became richer by $ 15.5 million.

The three most highly paid help closes the Comedy group Dude Perfect. They are being watched 24 million Internet users, for which they earned $ 14 million.