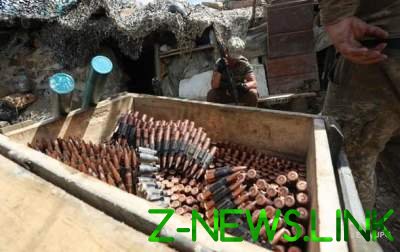 The Amnesty law was in force from 7 September to 7 December 2017.

In 2017 587 convicted participants of the antiterrorist operation in the East of Ukraine was pardoned. This was reported in the State judicial administration.

As noted, the Amnesty law was in force from 7 September to 7 December 2017.

“From punishment exempt 587 persons (convicted of 617) who defended the independence, sovereignty and territorial integrity of Ukraine, took part in the ATO, ensuring its implementation, being directly in the areas of the antiterrorist operation in the period of its implementation, and has received the status of combatants”, – is told in it.

It is also reported that pardoned 189 war veterans (of the convicts 202), which fall under the law On status of war veterans, guarantees of their social protection.