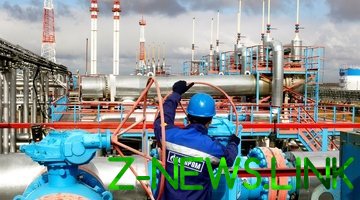 Cancel coronavirus restrictions are brought to “Gazprom” of relief. Russian gas supplies to the EU drop along with the prices, which forced Russian company to sell fuel at a loss.

To follow the example of Saudi Arabia and to compensate for falling revenues volume fails. Riyadh was selling oil at bargain prices, but twice, but Gazprom can’t do it, writes Finanz.ru.

According to FCS, in June of key customers increased their purchases of Austria (+14%) and Italy (+30%). However, deliveries of the largest buyer – Germany – fell by 21%.

Almost completely refused the Russian gas to Turkey. Recall that the country was previously the second-largest client of “Gazprom”. In July, the Turkey was delivered only 2 million cubic meters is 585 times in less than a year earlier.

As it turned out, to turn to the East “Gazprom” also fails. China demonstrates independence from Russian fuel – refuses to buy the agreed contract volume, not pumping for the “Power of Siberia” and a minimum amount of gas (according to the principle “take or pay”). In may, China has sold 281 million cubic meters. This is 12% less than in the first months of the “Power of Siberia”.

40% behind the delivery of the contract schedule (5 billion cubic meters per year), despite the fact that the price of “Gazprom” remains the lowest among the suppliers. In April and may it was $183-184 per thousand cubic meters.

And yet the Chinese market remains one of the few where a Russian company earns. The average export price for the second consecutive month kept below the point of profitability of “Gazprom” – on Fitch’s estimates, the company needs $105 per thousand cubic meters, to cover costs.

One of the main challenges for Gazprom remains a surplus of gas in storage. On 1 August was recorded the highest filling level of 85%, according to the SKOLKOVO energy Centre.

So, until the end of 2020, the gas monopoly will need to work in Europe on the verge of profitability. Average price of $100-110 per thousand cubic meters, and the market will remain razbalansirovat and after the pandemic.