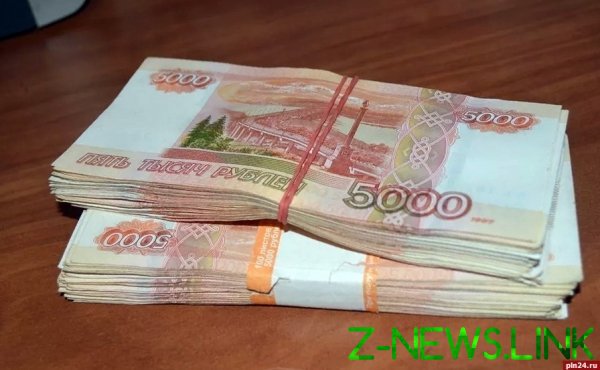 Which celebrities supported the amendments and the popular vote. List

Russian celebrities record the videos and publish posts in social networks, where the urge to come to a vote on the amendments to the Constitution or directly campaigning to support the amendments. Znak.com made a list of famous people who participated in this campaign.

The most controversial campaign video, is a video by Russia Today, which was attended by both ordinary people and celebrities: the double world champion in hockey Vyacheslav Fetisov, actor Ivan Okhlobystin, people’s artist of the RSFSR Irina Kupchenko, Olympic champion in figure skating Adelina Sotnikova, doctor Leo Bokeria, the national actor Vasily Lanovoy, the designer Artemy Lebedev. Participants read the preamble to the Constitution, in the end of the video appear the words “1 July adopted amendments to the Constitution of the Russian Federation together.”

After the roller Artemy Lebedev said that he had been deceived. According to Lebedev, he “was convinced that the proposal to abolish the terms of [Vladimir] Putin has no relation to the text of the Constitution.” “I feel that I slegontsa *** (cheated),” wrote Lebedev and said that “not just did not go” to vote, “but everyone else actively advises”.

In addition, due to this video opposition politician Alexei Navalny has become a defendant in a criminal case. Commenting on the video, Navalny called the “toadies” and “traitors”, the heroes of the movie. One of those who took part in the record were the veteran Ignat Artemenko. The grandson of a veteran published a post which asked to punish Navalny, and soon the Investigative Committee opened against the policy of the libel case.

Video in support of the vote recently recorded two-time Olympic figure skating champion Evgeni Plushenko and his wife — producer Yana Rudkovskaya. The video also starred a seven year old son of the couple — Sasha, in the life of a Dwarf Gnomic. The video was posted to Instagram. Some subscribers found the video propaganda and criticized Plushenko and Rudkovskaya. “The poor kid who got greedy, unscrupulous parents,” commented on a video of the same Bulk. Evgeni Plushenko in turn, said that he was ashamed to live with the Bulk in one country and proposed a “man to man” to discuss questions about the amendments.

Singer Oleg Gazmanov in the video says it will vote for the amendments to the Constitution, “which will not give a chance to distort our history, to trample on the memory of our heroes, to mock the graves of their ancestors”.

Actor Vladimir Mashkov advocates that “no one was able to take part of our territory”.

Actor George Dronov, who played the main roles in the TV series “Voronin” and “Sasha + Masha”, is echoed by Mashkov. In the video, he first lists Russian natural attractions such as lake Baikal and the valley of geysers on Kamchatka, and then said that “this is our homeland, a vast and indivisible.”

Actor Sergei Bezrukov , called for the preservation of the Russian language.

Pianist Denis Matsuev, which was part of a working group for preparation of amendments to the Basic law, the video States that “amendments to the Constitution can ensure careful conservation and protection of our unique cultural code”. Being a member of the working group, Matsuev, as well as the actor Alexander Kalyagin and the Director of the Hermitage Mikhail Piotrovsky suggested that the 70-th article of the amendment that the Russian culture is a unique heritage of the multinational people and protected by the state. Piotrovsky said that this amendment will create legislation, “which does not exist anywhere in the world.”

Singer and actor Mikhail Boyarsky in the movie cares about the future of “our children and descendants.” “I want them to feel secure in our difficult time. So they were confident in the support and assistance of the state throughout his life,” says Boyarsky.

Member of KVN team “Ural pelmeni” Andrey Rozhkov in the video urged to come to the stations on July 1. The artist States that this is a chance for every person “to be involved in something truly meaningful”.

The amendment was supported by the colleague Rozhkova Yulia Mikhalkov.

Statements in the media

Conductor Yuri Bashmet stated the need for universal suffrage on 1 July, the TV channel “Moscow 24”. “That culture will be protected by the law now — it will enable prosperity to the population of our country. It will be more active now, if you vote, will participate in the life of our country. Therefore, it is important,” he said.

Actor Dmitry Kharatyan told the newspaper “Arguments and Facts” that will participate in the vote. “Of course, I will take part in the vote on the amendments to the Constitution, because I care about everything that happens in my country everything related to her past, present and future. And I think that how we vote depends not only our future. Because among the amendments are those that directly relate to our culture, art and history that are important to understanding our past,” he said.

Star speaking on Instagram in support of the vote according to the Constitution, basically promoting the idea of voting online. Such a vote takes place only in Moscow and Moscow region.

So, with agitation, electronic voting was made by the TV presenter and singer Olga Buzova. “One of the things that can not but rejoice — the opportunity to vote on amendments to the Constitution, not leaving the house”, — she wrote. Some subscribers Buzova asked of Kim and how much she got paid for this post. Others reported that they would vote against the insertion of the amendments. There were those who believed that voting is meaningless, because the law on amendments to the Constitution already adopted, and even signed by President Vladimir Putin.

TV presenter Ksenia Borodina writes that “probably would have thought to go or not in connection with an epidemiological situation”, and be sure to vote online.

Singer Stas Mikhailov in his post ingenuously writes that “July 1, 2020 will be a nationwide vote on the issue of approval of amendments to the Constitution of the Russian Federation”. However, he says that the voice can give “for” or “against”, but insists that the vote must. He also points to the possibility of electronic voting.

33-year-old singer Katie Topuria says that “until this year, never went to a vote,” and will now “correct”. In her notes also referred to online will. This post Topuria collected more than 9 thousand comments, where subscribers artist reproached her of corruption.

Popular beauty blogger, singer Svetlana Anokhina says that all adults are obliged to vote, “because it is a responsibility we must take.”

There were those who refused to advertise the amendment. In particular, Konusova blogger Katya said that she was offered 1 million rubles for the advertising of the amendments, but she refused. Chasovoy the video has garnered over half a million hits and about 85 thousand likes.

Vladimir Putin signed adopted by the state Duma and Council of Federation the law on amendments to the Constitution several dozen amendments March 14. Two days later, the document was approved by the constitutional court. The next step is the all — Russian vote on the proposed amendments, which will take place on 1 July. This day is declared a holiday.