Home / economy / For the economy of Russia started a countdown: Europe announced the complete abandonment of oil 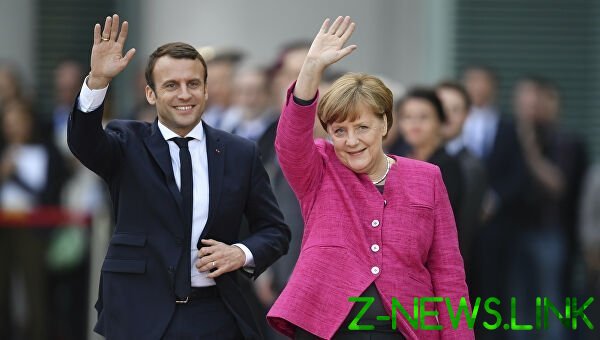 The petrodollar pipeline from the Soviet era provides the Russian economy hard currency, allowing you to change the simplest of mineral raw materials for technology and consumer lifestyle, living out their last years.

The EU is the biggest consumer of Russian hydrocarbons – intends to completely abandon fossil fuels, such as oil and gas, said the EU energy Commissioner Kadri Simson.

“The EU’s aim is that by 2050, becoming climate neutral,” said Simpson at a press briefing on Wednesday, answering questions about the fate of the pipeline “Nord stream – 2”.

“This means that by the time we get from the use of fossil energy,” she explained, adding that all suppliers of the European Union should “keep this in mind” (quoted by “Interfax”).

European countries, according to Simpson, are going to give up not only from oil but also from methane (natural gas), the replacement of which should come “decarbonisation gases”, primarily hydrogen.

The European Commission on Wednesday approved two policies aimed at achieving “climate neutrality”. The first requires the creation of a single energy market and diversification of suppliers, the second – the mass production of clean hydrogen for energy purposes.

For Russia policy of the EU means the demolition of the existing 1970s with the gg model of the economy in which hydrocarbons are exported from the West, and with the proceeds bought all the currency that the country is unable to produce on their own.

At the end of last year from 419 billion export revenues in Russia, 60% provided three products: crude oil (121,4 billion), petroleum products (66,9 billion) and natural gas ($19 billion). Half of these revenues came from Europe, where the share of Russian oil in the consumption reaches 30% and gas 40%.

Export earnings, is the “thread” linking Russia with the consumption of the developed world: imports – from clothing and equipment to the fruit and detergents, as well as technology and equipment for industry, raw materials for agriculture – were purchased with the money.

The Russian economy is very simple, and its place in global production chains not changed over the years: we sell raw materials abroad, “a little traded” metals, timber and weapons, and buy abroad sophisticated equipment and consumer goods, says the founder Movchans Group Andrey Movchan.

For complex products in exports – machinery and equipment – accounted for only 6.3 percent, and its sales have decreased in weight (4.1%) and in dollars (5%) (data of the FCS .xls)

Numerous plans to get off the oil needle, including the may decrees about creation of 25 million high-tech jobs by 2018, over and over again remain on paper. Moreover, the weight of primary sector in GDP is only increasing: in 2002 it was 6.66%, while in 2018 this figure was 13.8 per cent. The share of the manufacturing sector – factories that are not related to hydrocarbon pipe – 16 years fell from 17.17% to 14.3% (Rosstat, .xls).

Plan breakthrough to world growth requires to increase non-commodity non-energy exports to 350 billion dollars by 2024. According to the plan, last year Russia was supposed to sell abroad anything, except for hydrocarbons, at 240 billion dollars. Actually managed to rescue 190 billion, but the increase was only 5%. In the first quarter of 2020, he slowed down to a meager 1.7 percent.

The Russian economy is “furious”, ironically head of the Department of capital markets IMEMO Yakov Mirkin. 146 million for the year, the country produced 744 baby strollers, one skirt 26 women, one pair of socks per person, one electrical kettle for more than 500 families and $ 3-4 of computers per capita.

Loss biggest market of energy and the main source of foreign currency see recognized a threat to the top leadership in the country.

In the energy strategy, which President Vladimir Putin approved in may of last year, “increasing the share of renewable energy in the global energy balance” is included in the list of the main security challenges facing the country, “the slowdown in the global demand for energy and changes of its structure, including as a result of replacement of oil products other energy resources, development of energy saving and energy efficiency”.

The consequences of realization of such risks is called “the decline of financial stability”, the increase in tariffs on energy, “the reduction in the tax, customs and other payments in budgets of budgetary system of the Russian Federation” and “causing harm to life and health of citizens”.