Home / policy / For Putin it is not so simple

For Putin it is not so simple 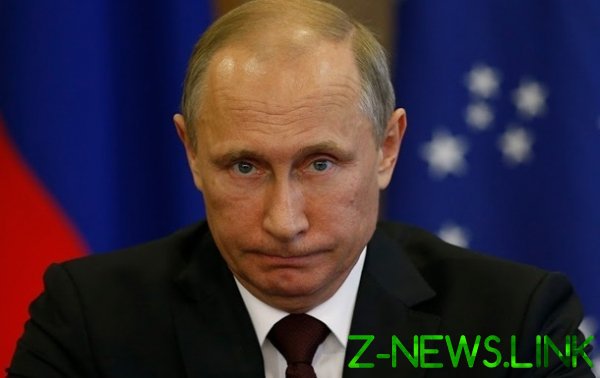 The Russian President created a big problem. And they are more likely to be associated with his environment than with the discontent of the people.

Surprisingly, during his “historical” speech in the state Duma Vladimir Putin is not looked like a winner. It was an elderly and somewhat confused man, without any gloss read text on a piece of paper.

You can review any of his press conference and compare with what it was yesterday. When Putin is confident, four hours without a break talking to people, almost without missing a beat and not forgetting the arguments and facts. And during last night’s speech was any sense that the President is entering a new, unfamiliar world, and don’t understand how this world would accept it.

Is it not strange behavior? After all, having the opportunity to run for the highest office in 2024, the President actually extended his powers forever. It is hardly possible to doubt that the constitutional court will give approval for such treatment with the Basic law. And in the next presidential election Putin one way or another, you certainly receive the necessary number of votes. If Leonid Brezhnev were easily collected them, almost without regaining consciousness (this is not an attempt to insult the Secretary General, and medical fact), and for Vladimir Vladimirovich Still needed the number of ballots throw.

So that the further stay on the throne, Putin himself did. The people agreed, while he was silent.

Soon, however, the President will begin a serious problem. And not in relations with ordinary Russians, who gradually lose interest in the leader and switch to domestic issues, understanding that under Putin their life to improve will be gone. Conflicts will arise in government circles, for which the President is not indispensable.

Please note: for the first time in 20 years, Putin applied for renewal of his reign, the old-fashioned option. Before the spin doctors came up with something that allowed him both the power from the hands not to release, and popularity rating to support. In the eyes of the broad masses, Putin never looked maniacal power-hungry. He increased the welfare of the people by petrodollars, that could extend his powers at the expense of the Crimea and the simple Russian people were willing to give Putin’s presidential powers for the sake of “new victories”.

But today, no positive results of his work there, and the power Putin holds a stranglehold. Such behavior can cause in the people only apathy, comparable to the one that was in the Brezhnev era, when the formal election results were for “our dear Leonid Ilyich” is perfect, but the society had no love of power.

The complexity of the current situation, Putin, unlike former Brezhnev, may be a sudden drop in living standards. In the Soviet autarkic economy, a sharp deterioration could not be. And now, a strong dependence of Russia on oil prices and world market conditions, dramatic failures are not excluded. Therefore, political apathy, at times, can be combined with a storm of discontent.

Why are commentators so long discussed various alternative options (not as primitive as current) hold Putin’s power? Why so worried before the New year, Alexander Lukashenko due to the possible accession of Belarus to Russia? Because Putin’s main objective was to come up with some formal basis for his life-long rule, but to find a way to stay legitimate informal. In other words, to turn something that could have a long time to reconcile and tired of people dissatisfied with the “eternal leader”. Alas, nothing clever nor the President, nor his administration did not occur.

In practice, this means that in the future Putin risks to become the hostage of its security forces. As you know, to sit on bayonets, but it is very inconvenient. For the first time Putin gets in a situation where he has nothing left except “infantry”. That is, except for the violent suppression of possible unrest.

Most likely, the real need for large-scale use of brute force will not occur tomorrow, but only after 2024, when all the 140 million Russian citizens will understand what happened. Or, to push the masses do not have to — under Brezhnev because something happened.

The problem for Putin is that the masses will not care about the former chief harizmatika of the country. This means that a personalist regime will become a kind of “junta”, i.e. the collective management of the group has the power of the people. Putin will not unilaterally make the key decisions, and many questions over the years, will begin to be solved at all without it.

It is hard to believe in a possible permanent impotence of the Russian leader. But in 2024-m it will be already 72. And at some point, Putin will inevitably reach the point at which he, like Brezhnev, Andropov or Chernenko, will have to govern the country from the hospital room. Not necessarily physical weakness of the ruler should lead to unpleasant political consequences. All of the above Trinity quietly died in bed, without parting with power. Probably, the current head of state is counting on it.

But in the Russian history there were many cases where law enforcers (or more generally speaking, the ruling group) had decided to abruptly change the rules of the game. If suddenly “junta” in a difficult situation, you will need to find the culprit for all the ills of man, the easiest way is to remove the responsibility from themselves and place it on Putin.