Home / WORLD / For once, I agree with Greenpeace: carbon offsets are a global con job

For once, I agree with Greenpeace: carbon offsets are a global con job 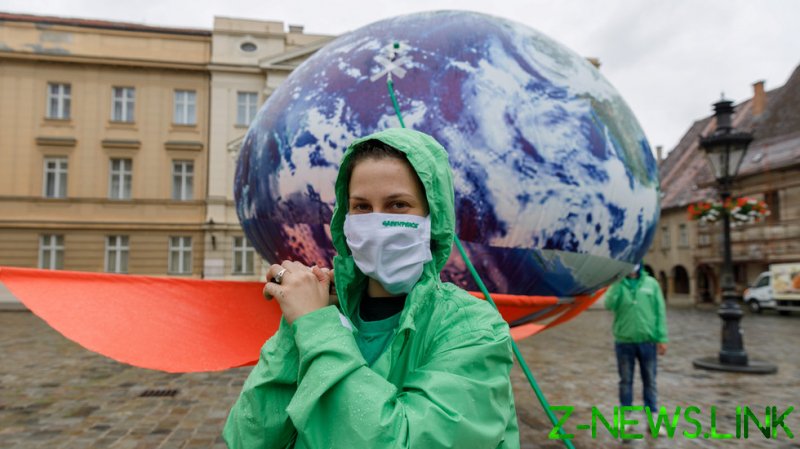 For those who want to make themselves feel better about the greenhouse gas emissions they create, carbon offsets have long been the easy option. If you’re flying off on holiday, just tick a box and all that guilt is assuaged for a small fee. The money will go to planting some trees, protecting a forest or saving carbon-absorbing peatlands.

If you’re a big corporation spewing out emissions on, well, an industrial scale, chuck a few million to environmental groups who conserve trees, and on you go on the pollution merry-go-round.

If this all seems too good to be true, you’re right: it is. This ‘offsetting’ is far easier than facing up to the reality of emissions cutting: doing less, going without, investing in more energy-efficient means of production. The rich can simply buy their way out of it in the corporate equivalent of the Catholic confessional, a pay-to-sin system.  Big companies get to virtue signal while carrying on as before, and little, if anything, is actually offset.

A new article by Ben Elgin for Bloomberg Green sets out this deviousness very well. He notes how big businesses like JP Morgan Chase, Disney and BlackRock are spending millions of dollars on preserving forests in the US. The trouble is, as Elgin notes:

“JPMorgan, Disney, and BlackRock tout these projects as an important mechanism for slashing their own large carbon footprints. By funding the preservation of carbon-absorbing forests, the companies say, they’re offsetting the carbon-producing impact of their global operations. But in all of those cases, the land was never threatened; the trees were already part of well-preserved forests.”

That’s not to say that the vast majority of carbon offsets are actually fraudulent, although some of them fly pretty close to the wind. As far back as 2002, the UK Advertising Standards Authority ruled against a company, Future Forests, for misleading customers that they were paying for new trees to be planted rather than simply claiming ownership of carbon being absorbed by existing trees.

Other projects fail because expected emissions’ savings failed to appear. One group in South Africa was handing out free, low-energy light bulbs to township residents only to find that the local energy company was doing that anyway. Others bought up EU emissions permits with the idea of ‘retiring’ them so that companies wouldn’t be able to emit those greenhouse gases – only to find the EU issued far too many, allowing companies to carry on regardless.

Schemes that involved planting trees would often claim the credit for the emissions absorbed over the entire lifetime of the trees as if this would happen straight away. But it should be obvious that a newly planted sapling will have little capacity to absorb CO2 in any significant way for some years.

What offsets have become is a lucrative way of environmental organisations making cash, either by creating schemes that can be sold as absorbing carbon or by certificating schemes run by others. Meanwhile, big businesses burnish their right-on eco-credentials by pointing to the offsets as proof that they are working to protect the environment.

In his article, Elgin gives attention to one environmental organisation in particular:

“Few have jumped into this growing market with as much zeal as the Nature Conservancy, which was founded 69 years ago by a small group of ecologists seeking to preserve the last unspoiled lands in the U.S. In the seven decades since, the nonprofit in Arlington, Va., has grown into an environmental juggernaut, protecting more than 125 million acres. Last year, its revenue was $932 million, which eclipsed the combined budgets of the country’s next three largest environmental nonprofits.”

Elgin argues that Nature Conservancy has sold offsets to corporations like JP Morgan Chase on the basis of the emissions saved if the forests concerned are protected from being felled by aggressive logging. But, to give one example, in Hawk Mountain, a wild bird sanctuary in Pennsylvania, the forests were already protected and there was never any prospect of them being cut down.

There have long been such criticisms of offsets, particularly from other green groups. As one article for Greenpeace notes:

“The big problem with offsets isn’t that what they offer is bad – tree planting or renewable energy and efficiency for poor communities are all good things – but rather that they don’t do what they say on the tin. They don’t actually cancel out – er, offset – the emissions to which they are linked.”

The fundamental problem is this: companies and individuals want to carry on enjoying the benefits of an industrialised society built on fossil fuels. With our existing technology, trying to eliminate greenhouse gas emissions rapidly is either very inconvenient (if you’re rich) or immiserating (for the rest of us).

Yet governments and corporations, desperate for a great cause to distract from their lamentable failures to improve our living standards, have fallen in with the Net Zero agenda and have proclaimed that they will slash emissions to “save the planet.” Given the huge cost and near-impossibility of doing this – other than by simply giving up the benefits of modern life – the easy way out is to offset those emissions for a trivial fee or to export the production of goods to developing countries that haven’t made such stupid promises. Which – again –  doesn’t offset or cut the world’s greenhouse gas emissions.

This is bad faith because it has been obvious for a long time that emissions have just kept on rising and offsets really don’t do what they claim. Worse, it’s bad for democracy because the elites are claiming that emissions cuts will be painless when they will, in fact, be very costly to society.

It would be far better if we were presented with the true costs of the wealthy West’s climate-change policies. Then, instead of the quixotic race to eliminate emissions, we could eliminate the political careers of those who promote such nonsense.