Home / WORLD / Football’s not coming home: England’s agonizing wait for glory goes on as Italy beat them on penalties to win Euro 2020 at Wembley

Football’s not coming home: England’s agonizing wait for glory goes on as Italy beat them on penalties to win Euro 2020 at Wembley 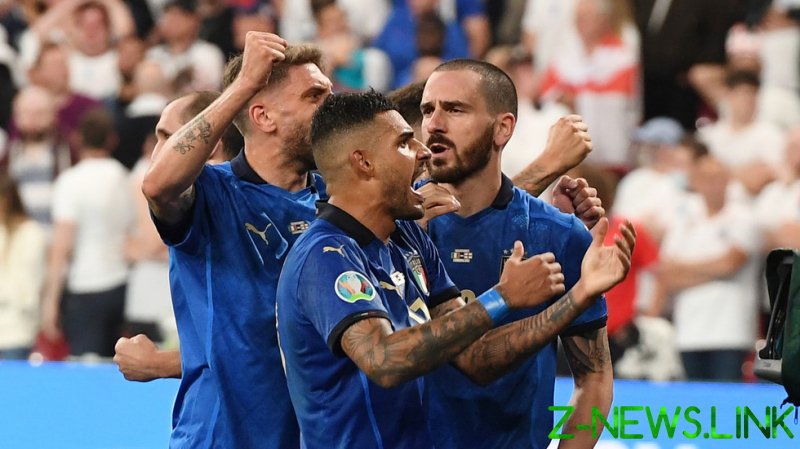 Aiming for football to finally ‘come home’ after a 55-year absence since lifting the World Cup in 1966, England were forced to endure more heartache after suffering spot-kick defeat despite taking an early lead in a game which was short on quality but high on tension.

Luke Shaw’s goal had given England a dream start inside the opening two minutes, but Italy equalized through veteran defender Leonardo Bonucci in the second half.

The scores remained 1-1 after extra time as the contest went to penalties, with England trio Marcus Rashford, Jadon Sancho and Bukayo Saka all missing their efforts with Gianluigi Donnarumma inspired in goal as Italy won the shootout 3-2.

England goalkeeper Jordan Pickford had himself saved efforts from Jorginho and Andrea Belotti, but Rashford struck the post before Donnarumma guessed correctly to thwart Sancho and teenager Saka to hand Italy a second-ever European title in front of a distraught Wembley.