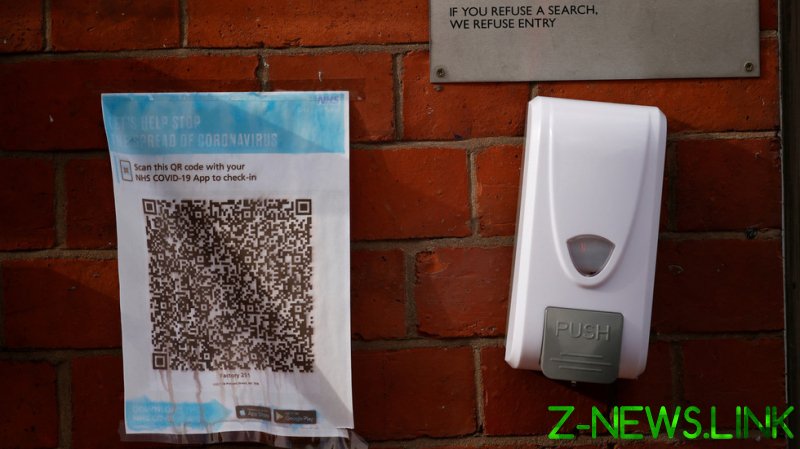 Hoping to motivate Britons to seek out the still-unapproved jab, the government is mulling issuing QR codes or another form of digital immunity certificate to vaccine recipients’ mobile phones, allowing them to attend cultural and sporting events closed to the unvaccinated, sources told the Telegraph on Tuesday.

One minister pointed out that the Tokyo Olympics, which has been postponed until next year due to the pandemic, is already considering requiring proof of vaccination for spectators. “I think there are lots of people who think it is a logical extension and lots of people are interested in it,” he told the outlet, adding that “some countries” already required a battery of shots in order to work in a state-run nursery prior to Covid-19. He didn’t say which countries those were.

While that source defended the conversation around bribing Brits to take a relatively untested vaccine that hasn’t undergone the usual safety studies as “purely political,” another minister was more blunt in his assessment, telling the Telegraph:

One way of opening up society would be those people who have had vaccinations carrying some kind of QR code or some sort of immunity certification which shows that they have been tested.

The National Health Service’s Test and Trace app already uses QR codes in its operations, asking users to scan a venue-specific code upon arriving at a particular location, and health authorities have previously floated the idea of repurposing the app as an “immunity passport” to identify individuals with antibodies against the virus. However, that idea was shelved amid criticism about the inaccuracy of the tests and worries that the ‘passport’ would represent a “perverse reason” for individuals to get infected in order to be able to return to some semblance of a normal life.

The UK’s Behavioral Insights Team (also known as the “nudge unit”) earlier this month issued a report calling on the government to incentivize mass testing using rewards rather than penalties, citing the importance of increasing uptake amid asymptomatic or testing-averse populations. People who test negative should receive a paper wristband that allows them entry into event venues and other privileges, they suggested.

The nudge unit cited Slovakia, which managed to test 97 percent of its population in a little over two weeks using the incentive of paper certificates granting the bearer immunity from curfew, as a success story for this method. However, Ticketmaster was already forced to walk back a plan to make proof of vaccination or a negative Covid-19 test mandatory for admission to its events last week after widespread public outcry against the proposal.

The UK’s influential Policy Exchange think tank last month published a paper urging the government to clarify its plans for a national digital ID, suggesting the development of a digital vaccination certificate might be used to increase voluntary uptake.

The general rush to vaccinate has come under intense criticism, with skeptics urging caution due to the unprecedented tight timetable of the shot’s development. The last jab rushed to market in the UK, 2009’s swine flu shot, had catastrophic side effects, and the government was forced to pay out millions of pounds in compensation to its victims. However, UK officials have opted to rein in criticism of the vaccine companies, with the Labour Party even proposing emergency legislation earlier this week to “stamp out” anti-vaccine content on social media.