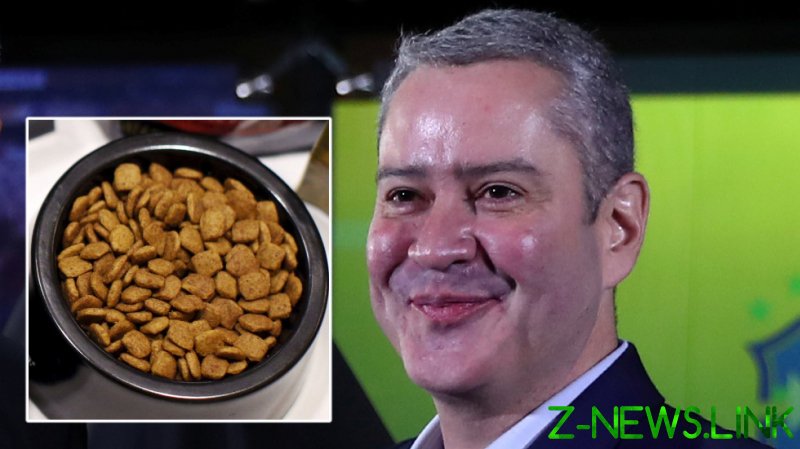 Rogerio Caboclo was initially suspended for 30 days and removed from his post in early June, after recordings obtained by sports media giant Globoesporte emerged of him appearing to ask the female staff member whether she masturbated.

The 48-year-old executive allegedly called the employee to his office at the CBF’s Rio headquarters on March 16 and demanded that she take off her face mask and accept a glass of wine.

Fearing she would be harrassed, his accuser pulled out her phone and asked CBF directors to come to the room and help her.

In a recording of events which Caboclo has denied, he allegedly asked the employee who she found attractive and made crude references to his private parts and his wife’s while suggesting they lead separate lives which entail extramarital affairs.

“Chief, I’m not going to get into the subject of your sex life,” she allegedly laughed in embarrassment.

According to her account, Caboclo offered her employee wine once before she refused to field questions on her own personal life when Caboclo asked if she was able to resist him “hitting on her every day“.

He then allegedly received a response of “bye” when he asked her if she masturbated.

Events of this nature reportedly happened on several occasions, with the female member of staff allegedly humiliated regularly in front of male directors at the CBF.

Arguably the most humiliating of all allegedly occurred at his Sao Paulo home a week earlier, however.

After an alleged day of booze, Caboclo reportedly called the employee a “little dog” while offering her dog biscuits and barking.

Reports that Caboclo offered her 12 million Brazilian reais ($2.4 million) in exchange for non-disclosure of the recording are said to have been denied by the boss and his legal team.

And while the organization remains in scandal for its handling of the Copa America and the suspension of a World Cup qualifier with Argentina for which FIFA has opened proceedings, a report from UOL has emerged in Brazil which claims the case has been “archived” after he was found not guilty of sexual harrasment by its Ethics Committee and suspended for a total of 15 months on August 24.

While the act is not considered an admission of guilt, as part of an agreement signed on September 3, Caboclo has had to donate a tonne of dog food to a Rio-based animal charity, Suipa, and medicine to the the Municipal Secretary for the Protection of Animals.

Another part of the agreement will see Cabolco donate cell phones, car parts and food hampers to the Maria da Penha insistute which works to combat domestic violence. It remains to be seen whether he will return to his role at the CBF once his time on the sidelines is up.