Home / Video news / Footage of the destruction of a Russian military helicopter in Syria. Video

Footage of the destruction of a Russian military helicopter in Syria. Video 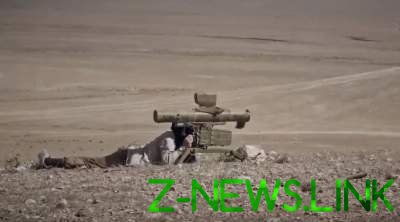 This video is a fragment from the film “Islamic state” “the Flames of war 2”.

ISIS terrorists released a video of the destruction of the MI-24 helicopter of Russian air force in Syria.

This video is a fragment from the film “Islamic state” “the Flames of war 2”.

The record shows the destruction of the Russian Mi-24 helicopters with ATGM “Konkurs”.

“The event took place on 4 November 2016 in the area of the settlement, Chuvashis. Earlier, the militants did not publish a complete record”, – stated in the message Telegram-channel Directorate 4, which is reviewing the activities of the IG.

The video shows that two helicopters are landing. Terrorists carried out a volley of ATGM “Konkurs” on any of them.