Home / Video news / Footage of the arrest of a citizen of Belarus, wanted by Interpol. Video

Footage of the arrest of a citizen of Belarus, wanted by Interpol. Video 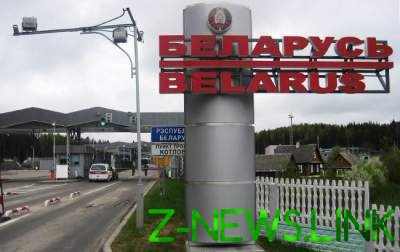 The Ukrainian frontier guards of the Chernigov, Sumy, and Mukachevo detachments found Belarusian and kidnapped in Ukraine of a foreign car, which was wanted by Interpol. This reports the press center of the state border service.

In particular, it is noted that at the checkpoint “Novi yarylovychi” exit from Ukraine there arrived the citizen of Belarus, during the inspection of documents which revealed that the man is in the international wanted list through Interpol.

“Citizen wanted by law enforcement bodies of the Republic of Belarus for attraction it to criminal responsibility for corruption. This person handed over to representatives of the National police”, – stated in the message. In addition, the checkpoint “dyakove” and “Yunakivka”, on the border with Romania and Russia, respectively, an international database of Interpol worked on the car “Mitsubishi” and “Mercedes” with Ukrainian registration in 2009 and 1998 model years. “Our compatriots directed the cars that were stolen on the territory of Ukraine. Drivers and cars handed over to the police”, – reported in Department.

In gpsu also added that in all cases informed of Ukrbyuro of Interpol in Kiev.