Home / Video news / Footage of resonant assault on a man in Kiev. Video

Footage of resonant assault on a man in Kiev. Video 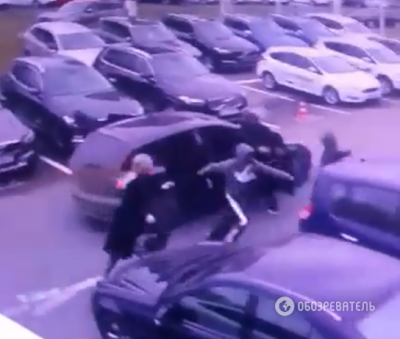 In broad daylight, unknown assailants attacked a passer-by, taking his bag, which was almost 100 thousand dollars.

In the Obolon district of Kyiv on Tuesday, November 14, there was an assault. Robbers attacked the man and selected at it a bag in which was previously almost 100 thousand dollars (about 2 million 700 thousand UAH).

The attack occurred on the Avenue of Stepan Bandera (formerly Moscow Avenue), next to the Range Rover dealership.

The video shows how close to people (a man and a woman) stopped the car. From the car jumped three masked men.

Male pedestrians immediately began to run, holding a bag, chased after him, two criminals. They knocked the victim down and took the loot. 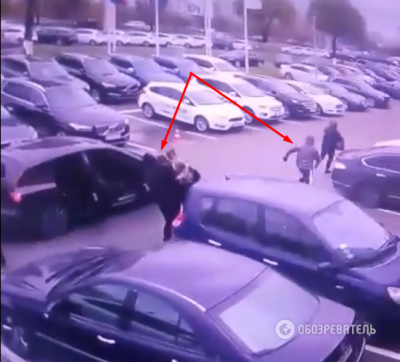 At this time the third intruder attacked a woman, tore her bag. However, the woman resisted.

Apparently, at this point, the robber “otmakhova” he hit a woman with the feet (“neutralized”) and ran to the accomplices in the car.

The police is engaged in search of malefactors.

Earlier it was reported that in Kiev unknown persons in masks and with bats attacked a man near the Bank on the street Big vassilkovskaya and took the bag, which was approximately 500 thousand hryvnia.