Home / sports / Fonseca has rejected a tempting offer from China

Fonseca has rejected a tempting offer from China 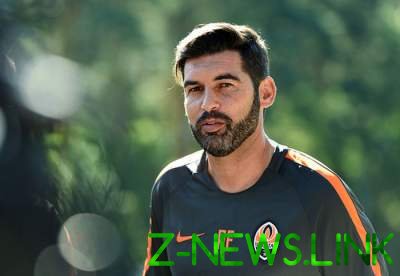 Head coach of “Shakhtar” Paulo Fonseca decided not to enter the China Cup.

This week rumors were actively matched Fonseca to Everton, but the club management refused to discuss with the British early termination of the contract with the Portuguese professional.

According to the newspaper “Independent”, the interest in Fonseca showed Chinese “Jiangsu Sunen”. The club, which is former Shakhtar midfielder Alex Teixeira who offered the Pitmen’s coach a substantial contract.

Shakhtar is interested in prolongation of the contract with the Now, but the negotiations with the Portuguese has not yet started. Much will depend on whether Ukrainian club to break into the knockout stages of the Champions League. For this Shakhtar on 7 December in a match with “Manchester city” need to win.

Fonseca himself is in no hurry to announce his future plans. While the Portuguese concentrated on the final matches of the first half of the season.

Paulo Fonseca is headed by Shakhtar in may 2016. Last season, the Portuguese led the Pitmen to victory in the championship and the Ukrainian Cup.