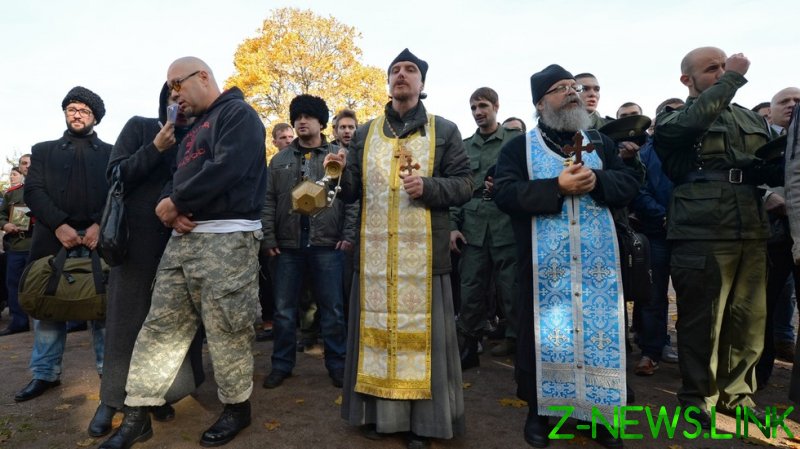 In a statement posted online earlier this week, the team behind the third annual installment of the meet-up in the central Russian city of Tula said that “due to the epidemiological situation with coronavirus, sanitary and technical conditions in the grounds [where it was set to be held] the festival is canceled.” The decision comes despite organizers assuring attendees it would go ahead just one week before.

However, according to feminist activist Daria Serenko, the real reason for the cancellation is a growing dispute over the inclusion of writer and poet Oksana Vasyakina in the program, who is openly gay. “Oksana was preparing a session and she was supposed to teach classes on modern poetry there,” Serenko said. “Within a few weeks, articles about her began to appear in conservative media,” wrote Serenko on her Instagram account. She alleges that right-wing figures branded Vasyakina a “pervert” online.

The festival had been due to be held at the Bogucharovo estate, the ancestral home of Aleksey Khomyakov, considered one of the founding fathers of the Slavophile movement. The 19th-century school of thought rejected Western influence in favor of Russian traditions and reverence for the Orthodox Church. The writer herself alleges that this symbolism sparked outrage among conservative groups.

Vasyakina told the Takie Dela news portal that problems began to arise three weeks before the event when the complaints about an LGBT+ writer conducting a lecture at the festival began to mount. “None of the critics contacted me; apparently, they don’t even treat me like a person,” she said. “It turns out that the state protects those activists who protect their shrine, and I can’t protect myself in any way.”

The festival was originally set to start tomorrow and end on Sunday. Its organizers said it would feature a variety of young poets, offering lectures and workshops.