Home / WORLD / Fluent in goals: Suarez ‘appears in Italian citizenship cheating hearing’ – then is branded a ‘b*stard’ by Costa after scoring two

Fluent in goals: Suarez ‘appears in Italian citizenship cheating hearing’ – then is branded a ‘b*stard’ by Costa after scoring two 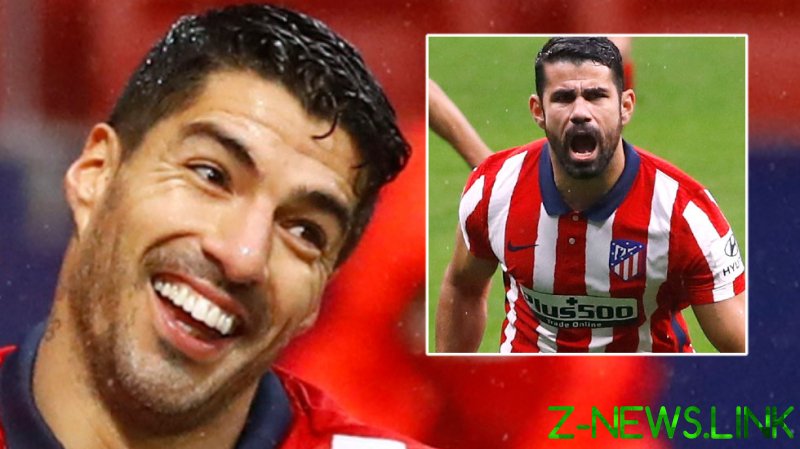 Police launched an investigation earlier this month after discovering that Suarez, whose move from Barcelona to Juventus fell through, allegedly attempted to cheat the test at the University of Perugia.

The director of the university and three professors were suspended for eight months after an initial report found they attempted to “predetermine the outcome and score of the exam.”

Suarez was assisted by an interpreter and gave evidence in Spanish via a video link, according to the Corriere Dello Sport, although the exact nature of what was said remains confidential.

Back on the pitch on Saturday, Suarez hit the top of the Liga top scorers charts with a goal either side of half-time as Atletico went three points clear at the summit with at least a game in hand on the four sides below them.

On his 200th Liga appearance, Suarez made it seven goals in nine league games since joining Atletico in a shock move in September that ended his prolific six-year spell at Barcelona.

Barca, who started their match at home to Valencia later in the day nine points behind Atletico, might have rued their decision to release Suarez for a paltry sum as they went a goal down and managed only one shot on target in the first half before Suarez’s close friend, Lionel Messi, equalized during another underwhelming performance.

Atletico’s former Chelsea forward, Diego Costa, was also envious of Suarez after emerging from the bench to score a late penalty in his side’s 3-1 win over Elche.

“He wasn’t scoring, the b*stard,” joked Costa in his post-match interview, as interpreted by the Spanish Football Podcast. “Now I’m back and he scores twice.”