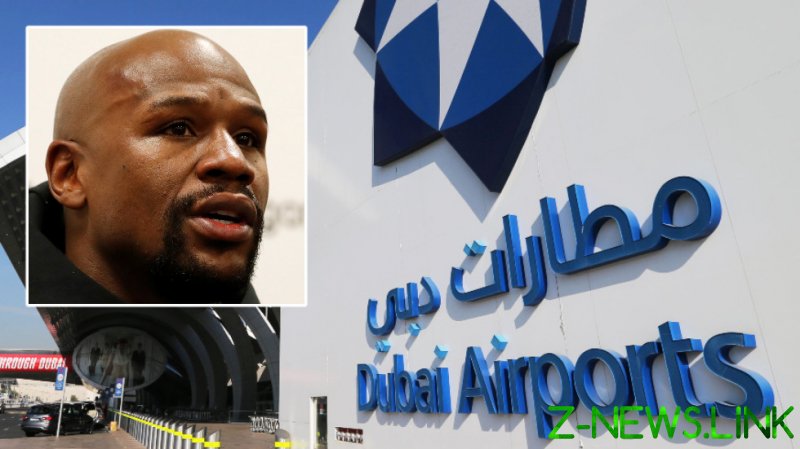 Mayweather Promotions has filed a lawsuit against PAC Entertainment Worldwide alleging a breach of an agreement to stage the eight-round clash with Paul in Dubai in 2021.

An original date of February 20 was scrapped and the venue has been changed to Miami, with Mayweather Promotions said to be seeking the vast sum in damages as part of a lawsuit based on projections that PAC Entertainment Worldwide themselves presented to Mayweather, according to TMZ.

PAC allegedly did not make a first payment of $30 million that was due on March 25, of a guaranteed total of $110 million for the money-spinning event which will be available on pay-per-view.

The report claims that Mayweather exercised a clause terminating his contract with PAC as a result of the missed payment, proceeding to arrange an alternative date and venue to face Paul at the Miami Dolphins’ Hard Rock Stadium on June 6, announced on April 27.

Bad blood in the fight has been increased by Paul’s brother Jake’s antics at a press event, where he stole Mayweather’s hat and caused a huge fight that some have suggested was staged to increase interest.

In the meantime, Logan continues to troll the veteran and pick on him over his height, age and other perceived insecurities.

Nunes posted a one-minute clip of himself training hard to a hip-hop soundtrack and tagged Paul with a pair of eye emojis.

Replying in Portuguese, Paul, who lives in Puerto Rico, wrote: “When I’m finished with Mayweather, you’re next.”

The replies section was full of Paul fans making various takes of UFC legend Conor McGregor’s famous “who the fook is that guy” quote.

But there were also plenty of Nunes’ countrymen warning Paul that he is biting off more than he can chew by entertaining a showdown with one of their most popular celebrities.