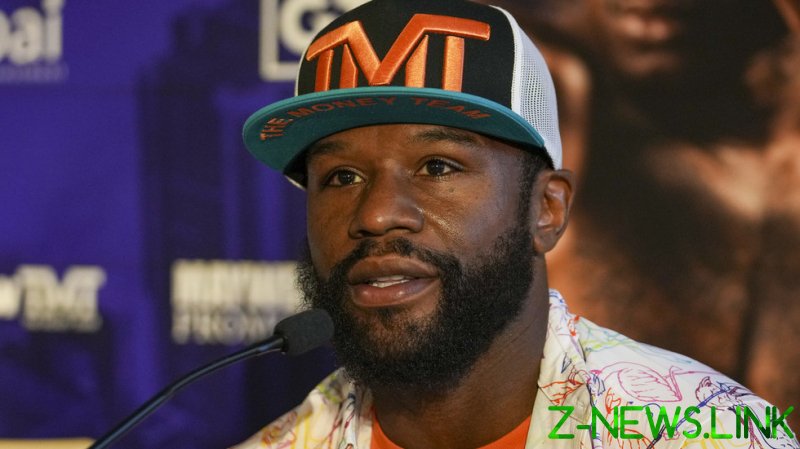 Even at 45, Floyd Mayweather showed that his capacity for high profile paydays remains as strong as ever after breezed through his latest exhibition fight against overmatched opponent Don Moore in the United Arab Emirates late on Saturday.

Mayweather, who retired from professional competition following a 2017 win against Conor McGregor which extended his record to 50-0, has taken part in a series of money-spinning exhibition fights since he hung up his gloves.

He was last seen in the ring in June of last year where he boxed YouTube celebrity Logan Paul and had previously made short work of Japanese kickboxer Tenshin Nasukawa in late 2018.

This latest exhibition, though, was perhaps the most bizarre yet as he was paired with his former sparring partner, the 18-0 Don Moore – a fighter who has competed just once since 2013, and who has never faced a boxer with a winning record in his ring career.

The disparity in skill was obvious to see. Mayweather effortlessly brushed aside any attacks from Moore throughout the eight round contest, launching back a series of stinging shots every time Moore attempted to push forward.

Mayweather began taunting Moore in the third round as the hopelessly overmatched Moore attempted to remain upright. Floyd even found the time for a brief mid-round conversation with the commentary team, before he took the seventh-round placard from the ring card girl and paraded it around the ring instead of sitting in his corner.

As the fight reached its latter stages, Mayweather’s dominance continued – but it wasn’t until the eighth and final round that he dropped Moore with a brutal body shot. In the final seconds, he aggressively pursued a knockout but Moore was able to survive to the final bell, ensuring that the attendees got every second of action they paid for.

But afterwards, it seemed that no one had quite as much fun as Mayweather himself.

“I told the fans I’m here to entertain, have fun,” Mayweather stated.

“Don Moore, he’s undefeated, a great fighter. He’ll always be a champion in my heart. I will bring another fight [to Abu Dhabi] this year. Absolutely [I will return this year].

“It’s a secret. I don’t want to let the cat out the bag right now but we have an opponent.”

Elsewhere on the same card, UFC legend Anderson Silva continued his impressive run in boxing against MMA fighter Bruno Machado, scoring an impressive knockdown in the fifth round.

The fight reached the final bell and, due to it being classed as an exhibition, no winner was declared – but it was clear that the longtime former UFC champion came out on top.