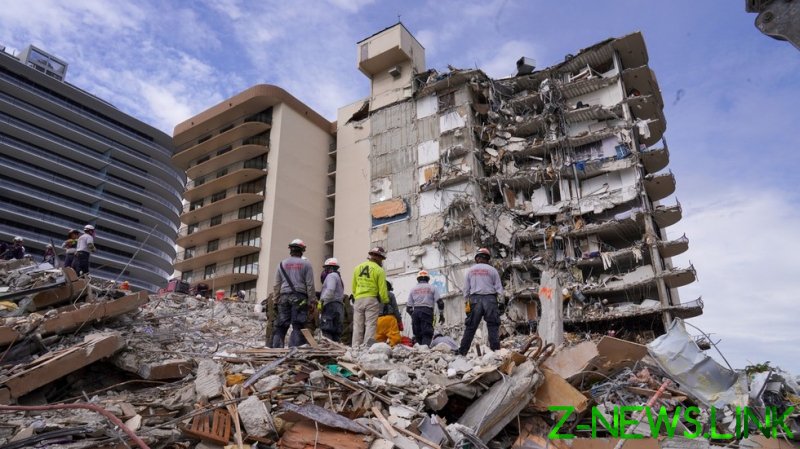 With the latest two recoveries, public safety officials have accounted for 188 of the 12-story Surfside condo’s residents, while 124 remain missing, Miami-Dade County Mayor Daniella Levine Cava said on Saturday in a press briefing. “The numbers are fluid and will change,” she added.

Four bodies have been recovered, including that of a Miami firefighter’s seven-year-old daughter, since search and rescue work resumed late on Thursday following a 15-hour pause for engineers to evaluate portions of the residential high-rise that remain standing. Concerns are mounting that the remaining structure could collapse, putting emergency workers and others at risk, especially with Tropical Storm Elsa potentially bringing high winds to the area.

“The building is too unsafe to let people in,” Florida Governor Ron DeSantis said.

DeSantis has approved state funding to pay for the demolition, clearing the way for the work to begin as soon as Sunday.

“We are so grateful to the governor, to the state for stepping up and offering to pay for this demolition so it can proceed expeditiously as soon as we have that final path,” Levine Cava said. “We have experts right now on site evaluating, and the contract has been signed for the demolition to begin.”

Elsa may strengthen to a hurricane as it nears the southern coast of the Dominican Republic and Haiti on Saturday, and it’s forecast to bring high winds to South Florida on Monday morning, according to the National Hurricane Center. The storm is currently projected to pass along Florida’s western coast before making landfall near Tampa, sparing Miami a direct hit.

No survivors have been found in the Surfside condo’s rubble since the morning of the June 24 collapse.