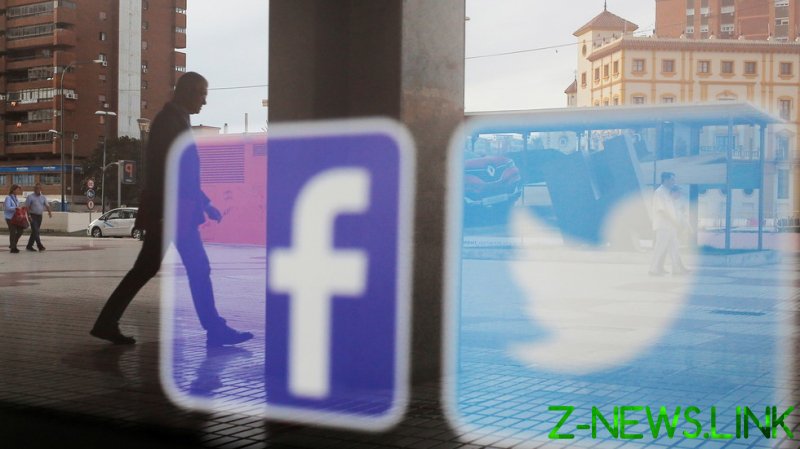 Under SB 7072, tech giants like Facebook and Twitter will be prohibited from “permanently” blacklisting a candidate running for political office. Fines of $250,000 per day will be issued for knowingly deplatforming a candidate for statewide office, while $25,000-per-day fines will be imposed for banning other office-seekers. The bill only applies to platforms with more than 100 million monthly users, and companies will still be allowed to sanction politicians with 14-day suspensions. Individual posts can also be removed if they violate the platform’s guidelines.

The bill passed both houses of Florida’s legislature on Thursday and is expected to be signed into law by Republican Governor Ron DeSantis in the coming days.

DeSantis advocated for the new law as part of a pledge to take on the “Big Tech cartel.” In February, he called for measures to be taken against the “monopoly of communications platforms” that “monitor and control” Floridians.

State lawmakers who backed the legislation echoed similar sentiments. Republican state Rep. John Snyder said the bill would make it clear to Silicon Valley that they are not the “absolute arbiters of truth.”

“[T]he Constitution does not have an asterisk that says only certain speech is free and protected,” he said.

But critics say that the bill aims to settle old scores and contains politically motivated loopholes.

Former President Donald Trump, who was indefinitely booted from Twitter and suspended from numerous other platforms following riots in the Capitol in January, spends much of his time in Florida and is reportedly close to DeSantis. Snyder insists that the bill “is not about” Trump, but rather aims to safeguard the First Amendment rights of all Floridians.

Some believe, however, that the law would have the opposite effect. Steve DelBianco, the chief executive of NetChoice, a group that promotes free expression on the internet, testified against the legislation last month, describing it as a clear assault on freedom of speech.

“Imagine if the government required a church to allow user-created comments or third-party advertisements promoting abortion on its social media page,” DelBianco said.

Democratic lawmakers also pointed to the fact that the bill exempts any company that “owns and operates a theme park or entertainment complex,” essentially giving Disney-owned apps a free pass. Florida is home to Disney World.

Democratic Rep. Anna Eskamani said the law was “catering to a specific company.”

One Republican legislator conceded that Facebook could bypass the regulation by opening up a “Zuckerland” theme park in Florida.