Home / WORLD / Florida Governor DeSantis to offer $5,000 hiring bonus for police who lose jobs on vaccine mandates in other states

Florida Governor DeSantis to offer $5,000 hiring bonus for police who lose jobs on vaccine mandates in other states 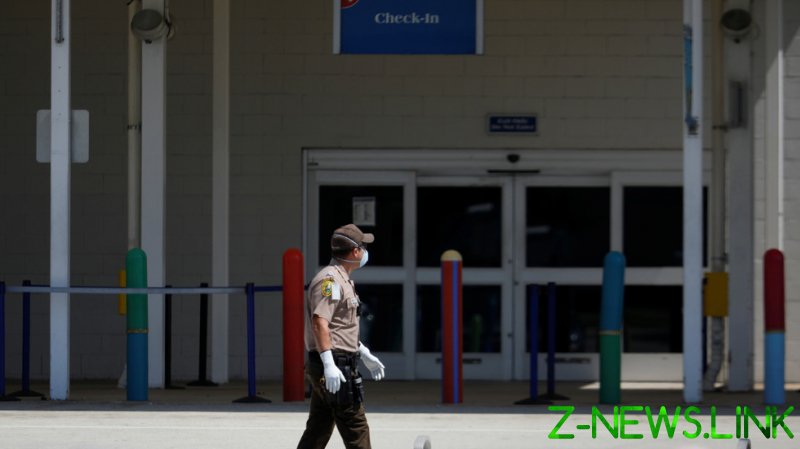 Florida Governor Ron DeSantis told Fox News on Sunday that he hopes to sign legislation authorizing the hiring bonuses as part of an effort to fight “unconstitutional” vaccine orders and fill a need for more officers in his state. The Republican governor on Friday called a special legislative session to pass bills needed to protect residents from losing their jobs because of jab orders.

“In Florida, not only are we going to want to protect the law enforcement and all the jobs, we’re actually actively working to recruit out-of-state law enforcement because we do have needs in our police and our sheriff’s departments,” DeSantis said in a Fox News interview, citing vaccine mandates in such states as Washington and New York.

DeSantis, who has waged a war against vaccine mandates in his state, said that first responders and medical workers who were praised as heroes during the early days of the pandemic are now becoming outcasts because of the refusal to get a Covid-19 vaccine. “They couldn’t do their jobs on Zoom,” he told Fox host Maria Bartiromo. “They had to be there, and they did it with honor and integrity. Now, you have people who want to kick them out of their job over the shot, which is basically a personal decision?”

DeSantis argued that those officers who had recovered from Covid-19 should be exempted from the mandate due to the fact that they developed “natural immunity” to the virus. “They’re making no accommodations for that. They’re still pretending like that doesn’t even exist.”

Such states as Indiana, Arizona and Alaska have already been either openly courting officers forced out of their jobs because they won’t get vaccinated against Covid-19 or have timed their recruiting pitches with the introduction of vaccine mandates.

Chicago’s police union has, meanwhile, estimated that more than 3,000 officers in the city face possible elimination of their jobs because of their refusal to get jabbed.

Los Angeles County Sheriff Alex Villanueva earlier this month said he won’t enforce a vaccine mandate on his employees because he would lose as much as 10% of a workforce that is already stretched thin by budget cuts.

The vaccine mandate imposed by Washington Governor Jay Inslee is one of the strictest in the nation and has already cost nearly 1,900 state employees their jobs. The Washington State Patrol said on Tuesday that 127 of its workers had been forced out.

One of those displaced was state trooper Robert LeMay, who ended his 22-year career last week by signing off to his dispatcher for the last time, saying, “This is the last time you’ll hear me in a state patrol car, and Jay Inslee can kiss my ass.” A social media video of his final words on the job went viral, drawing more than 2 million views.

More than 20 states have imposed some form of vaccine mandate on their workers. Major cities have joined in, such as New York, where Mayor Bill de Blasio announced on Wednesday that all municipal employees who haven’t received at least their first Covid-19 shot by November 1 will lose their paychecks.