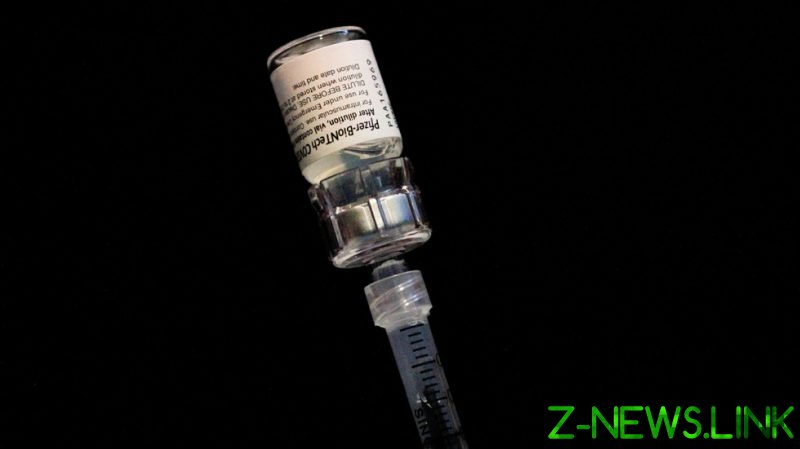 “I was fearful of losing my job, which would cause me not to provide for my children,” United Airlines worker Lisa Williams told reporters on Monday. “And I caved under duress and got the Johnson & Johnson vaccine. That was the single-worst decision of my life.”

Williams, who worked for the major airline for 31 years, said this “violated” her faith “because my employer made me choose between my God and my life – a decision that almost cost me my life.”

“Due to my body’s adverse reaction to the jab, I was rushed to the hospital. Every day, the side effects linger, and I suffer chronic pain,” she added.

Williams told her story at a press conference in which Florida Governor Ron DeSantis outlined his plan for fighting President Joe Biden on workplace vaccine mandates. She is a member of Airline Employees for Health Freedom, a group of more than 2,000 workers who are suing her airline for forcing them to either comply with the vaccine mandate or be put on unpaid leave indefinitely.

“We are not anti-vaccine, we are anti-mandate,” Williams said. “My employer has done everything possible to prevent folks like me from exercising our Title VII rights to protect our faith and our medical autonomy under the Americans With Disabilities Act.”

People were told that they were effectively resigning, would never fly again, or would lose their retirement if they didn’t take the shot. The lies and the pressure were unbearable.

Williams added that despite her current medical problems being caused by a shot that was foisted on her by the airline, she hasn’t been allowed to claim workers’ compensation benefits. “Meanwhile, they continue to systematically terminate my co-workers, who are resisting the violation of the court restraining order,” she said. “Employees must have the right to choose what’s best for their individual faith and for their personal medical situations.”

A federal appeals court on Saturday froze Biden’s mandate order, citing “grave statutory and constitutional concerns.” The freeze effectively blocked enforcement of the order until further action by the court, but the White House has urged companies to ignore it and proceed with the vaccinations anyway.

DeSantis, who vowed last week to sue the Biden administration over vaccine mandates, said on Monday that he aims to get four bills passed in a special legislative session to help ensure that Floridians don’t lose their jobs for refusing compulsory inoculations.

The bills call for the creation of special exemptions that employees can use to opt out of mandated vaccines due to religious concerns, an expected pregnancy, or health and safety risks. People who have previously had the virus, thereby developing natural immunity, could also claim an exemption.

A federal judge initially put United’s vaccine mandate on hold in October, but decided to uphold it on Monday.

Hundreds of American Airlines employees protested at the company’s Fort Worth, Texas headquarters last month, demanding “freedom over force” and warning that passengers would be next to face a vaccine mandate. Asked on Monday about the possibility of a jab order for domestic air travel, White House spokeswoman Karine Jean-Pierre said, “Everything’s on the table.”