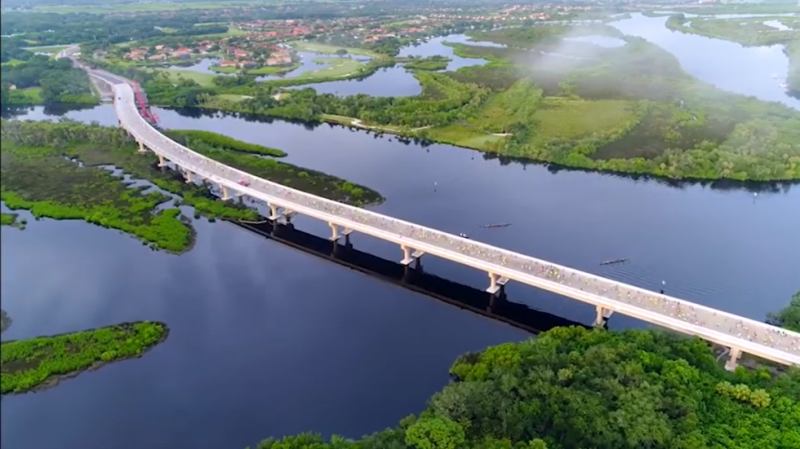 Over 300 households received an emergency evacuation alert on Saturday afternoon, after the initial danger zone that included just a few dozen houses was expanded half-mile west and one mile southwest, according to the Manatee County Public Safety Department.

The artificial pond at the Piney Point industrial site, abandoned since 2001, contains an estimated 800 million gallons of sea- and rainwater mixed with waste products from the manufacture of phosphate fertilizer.

Authorities fear that millions of gallons of water could rush out and flood the immediate area within a matter of seconds, according to Manatee county administrator Scott Hopes.

In the meantime, addressing concerns of alleged “radioactive waste” and other “toxic chemicals”, the state’s Department of Environmental Protection claimed that the wastewater is “slightly acidic, but not at a level that is expected to be a concern, nor is it expected to be toxic.”

The leak was first discovered on Thursday, and on Friday authorities issued the first evacuation orders, after their attempts to contain the growing breach and drain some of the water into nearby Tampa Bay failed to alleviate the threat of an uncontrolled collapse.

On Saturday afternoon, Florida Gov. Ron DeSantis declared a state of emergency for Manatee County, “to ensure resources are allocated for necessary response and recovery.”