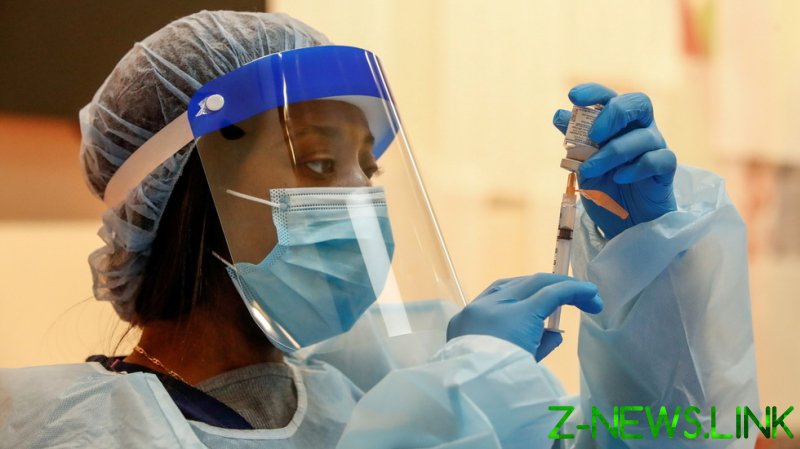 Around 75 of doctors and nurses in Palm Beach gathered outside their hospital early on Monday to talk to local TV news crews, arguing that they are seeing double the number of coronavirus patients from last year and that most of them were unvaccinated adults. They urged the community to get vaccinated, because they’re “exhausted” and their “patience and resources are running low,” in the words of one doctor.

MSNBC’s “Morning Joe” show presented the event as a “walkout” in protest of Florida’s coronavirus hospitalizations. A two-minute clip from the show was then shared by activists on Twitter, where it caught the attention of conservative pundit Ben Shapiro.

“If this is the new standard – that failure to take measures to alleviate your own health problems are punishable by doctors refusing treatment – the extension of this logic to obesity will certainly be something,” Shapiro tweeted.

“Obesity” then began trending as Shapiro received a flood of replies, mostly from angry liberals pointing out that being fat is neither airborne nor contagious and triumphantly declaring there is no vaccine for it – especially not one that’s safe, effective, and government-approved. This last point was referring to the full approval by the US Food and Drug Administration, issued on Monday afternoon to Comirnaty, Pfizer’s Covid-19 vaccine.

The problem with both Shapiro’s take and the ensuing flame war was that they were both based on fake news, so to speak. According to Los Angeles Times deputy business editor Jeff Bercovici, whose father-in-law took part in the Monday morning event, there never was a “walkout.”

“No one walked off their jobs. There was just a press conference,” he tweeted, after posting screenshots of reports to illustrate how “misinformation sausage gets made.”

The doctors involved weren’t even on duty at the time – some had just finished their shifts and others were just arriving – but got together outside the hospital to make an appeal to the public to get vaccinated, according to Bercovici, who added that the media probably went with “doctors walk off the job” because it was the “sexier” framing of the story than “off-duty doctors do a press conference.”

When someone responded with disbelief that the story was reported in such a manner and “spread all over,” Pushaw replied, “Yeah, welcome to the corporate media spin.”

Pushaw was slapped with a 12-hour lockout on Twitter last week, after AP complained she had “harassed” and “bullied” one of their reporters over a story insinuating that DeSantis was promoting a monoclonal antibody treatment because the CEO of a hedge fund that owns shares in the company that makes it donated to his campaign.

The Republican governor responded by blasting AP for a “partisan smear piece” peddling a “baseless conspiracy theory” that may have caused Floridians to decline a potentially life-saving treatment.

“You cannot recklessly smear your political opponents and then expect to be immune from criticism,” DeSantis told AP in an open letter, adding that he stood by his staff and their work.

DeSantis has been promoting vaccination, but has refused to make it mandatory. He has also opposed local mask mandates, including at schools, which put him at odds with the White House.