Home / WORLD / Floods in Bulgaria: there are victims

Floods in Bulgaria: there are victims 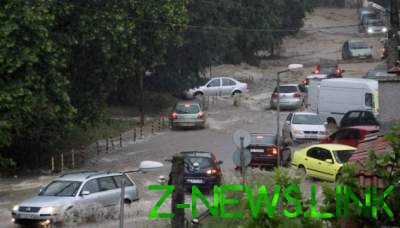 Heavy rains in Bulgaria claimed the lives of four people

The flood that occurred in the Bourgas region of Bulgaria as a result of rainfall, has claimed the lives of four people. This at a press conference in Burgas, said the head of the region, Wilco Cholakov.

According to him, in several villages of the region flooded many households, the water was road, the number of objects of infrastructure, including bridges, and farmland. Most affected by the floods six settlements of the region and the southern residential district of the Spa town.

Law enforcement authorities together with rescuers establish the identity of the victims.

According to preliminary data, the cause of the flooding could be broken through the dam of several artificial lakes located on the territory of the region.

A special Commission of the regional administration of emergency situations engaged in counting caused by the hurricane damage.