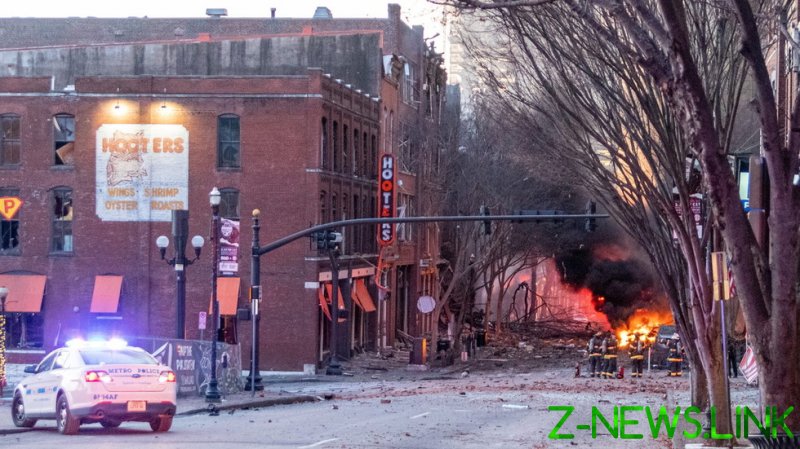 The telecom giant declined to say how widespread outages were, but confirmed that one of its buildings, housing telephone exchange network equipment, was “affected” by the explosion, causing “some” service interruptions.

“We are in contact with law enforcement & working as quickly as possible to restore service for some customers in Nashville & surrounding areas. This is due to damage to our facilities from the explosion this morning,” the company said on Twitter.

Multiple law enforcement agencies across Tennessee, Kentucky and Alabama reported their 911 systems were down following the blast, including Murfreesboro, Knox County, Muscle Shoals, and Madison County, according to local media.

The telecommunications issues in the aftermath of the blast also forced the Federal Aviation Administration to temporarily halt flights out of Nashville International Airport.

While police said the blast was clearly “intentional,” it remains unclear whether it specifically targeted the AT&T infrastructure. Besides damaging one of the company’s tech facilities, the explosion also happened just about a block away from AT&T tower Nashville, colloquially known as the Batman Building.

The explosion rocked Nashville on Christmas morning, around 6:30am local time. The blast was apparently preceded by a chilling pre-recorded message through loudspeaker that counted down to zero, while warning anyone in earshot to “evacuate now.”