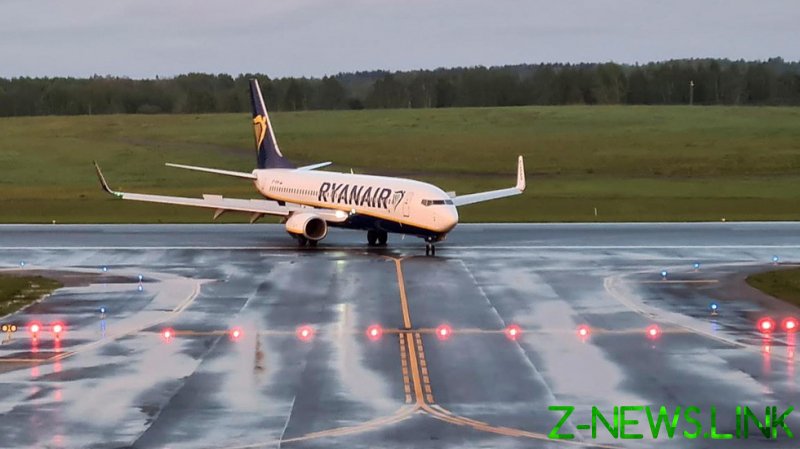 On Sunday, a Ryanair flight from Greece was forced to make an emergency stop in Belarus, because of a supposed bomb threat. Once it landed at Minsk Airport, police boarded the aircraft and arrested passenger Roman Protasevich. The activist is currently an employee of Belamova, an outlet founded by Igor Losik, a consultant for US state-run media RFE/RL, and was formerly the editor-in-chief of opposition Telegram channel Nexta. Both are on Belarus’ list of extremist organizations.

In response to the incident, according to Lithuanian Minister of Transport Marius Skuodis, Vilnius will be banning all flights to or from the country from crossing Belarus airspace, beginning on Tuesday. The decision comes after Prime Minister Ingrida Simonyte called the event an “act of state terrorism,” with Minister of Foreign Affairs Gabrielius Landsbergis calling it a hijacking.

Late on Sunday, the chairs of parliamentary foreign affairs committees in eight Western countries, including Lithuania, called for the banning of all overflights of Belarus.

Following the event, multiple European carriers have unilaterally opted to avoid Belarusian airspace, including Latvia’s airBaltic and Hungary’s Wizz Air. Ryanair, the airline which was forced to land in Minsk, is still flying over the former Soviet republic.