Home / policy / Flight Of The Dragon. NASA astronauts arrived at the launch site before the historic launch to ISS

Flight Of The Dragon. NASA astronauts arrived at the launch site before the historic launch to ISS 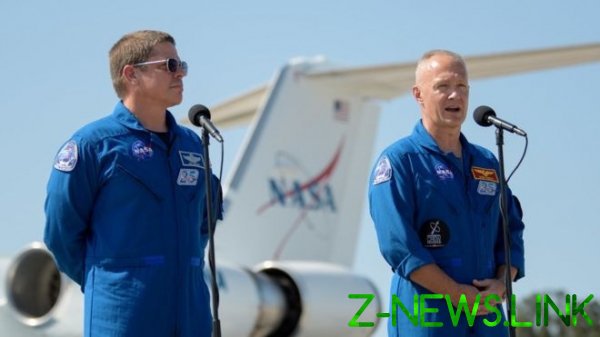 NASA astronauts Doug Hurley and Bob Behnken arrived to the space centre Kennedy in Florida and began preparing for the historic launch of Dragon spacecraft of the company Space X, which is on Wednesday next week should send them to the International space station.

In the past, NASA has always relied on their own missiles and aircraft for the withdrawal of man into space, but in 2011 the us space Agency has stopped flights of its latest “space Shuttle” and made a bet on cooperation with commercial companies.

rodstva for the withdrawal of a person into orbit was commissioned to develop two American firms: SpaceX, headed by Elon Musk and aerospace giant Boeing. Agreement assuming they can sell seats in their spacecraft space agencies of different countries, other companies and even “tourists” – wealthy people who want to see the Earth from space.

Doug Hurley and Bob Behnken arrived at the cosmodrome on Cape Canaveral control center manned flights of a name of Johnson in Texas. There they were in quarantine, and at the Kennedy center, the astronauts will continue to comply with quarantine measures to prevent contamination before launch on Wednesday.

Over the next few days the rocket Falcon-9 production Space X with the Dragon capsule, which will take them into orbit rolled out to the famous launch complex No. 39. It was used to launch most U.S. space missions involving crew from flying to the moon before the start of “Shuttles”. 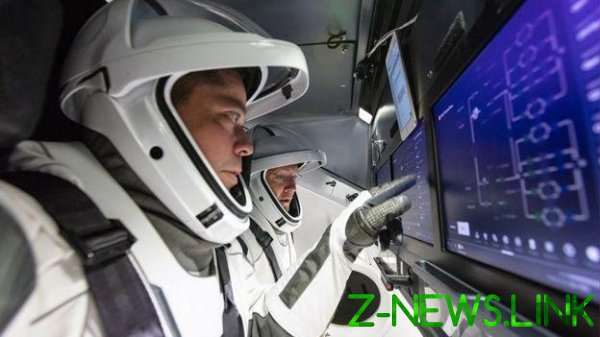 Image captionВ the near future, astronauts will rehearse the procedure for lifting aboard the ship

It is expected that in the near future will be conducted a static fire test of the rocket Falcon-9, when for a short time they started all nine first stage engines to check their readiness for flight.

In addition, it will be rehearsed the whole procedure of delivery of the crew on the space ship. To do this, both astronauts will be wearing spacesuits, they will be taken to the launch pad, and then they will take their places in the capsule.

Doug Hurley describes the Dragon thus: “It’s just a wonderful ship. He does not like the “Shuttle” – it’s a lot smaller the capsule. This is a very modern device from a technological point of view. We are very happy that just a week will be on a real spaceship, not on the simulator”.

Bob Behnken admitted that the crew feels the pressure of history. Before that, American astronauts used for space flight, only four types of ships, so that starting on Wednesday will be the fifth in history to launch a brand new system.

“Of course, we are all inspired by the example of our predecessors. Whenever we talked with astronauts who in the past received the opportunity to go to space, they advised us: “how can you better prepare for everything that can happen to you,” said the Behnken reporters. 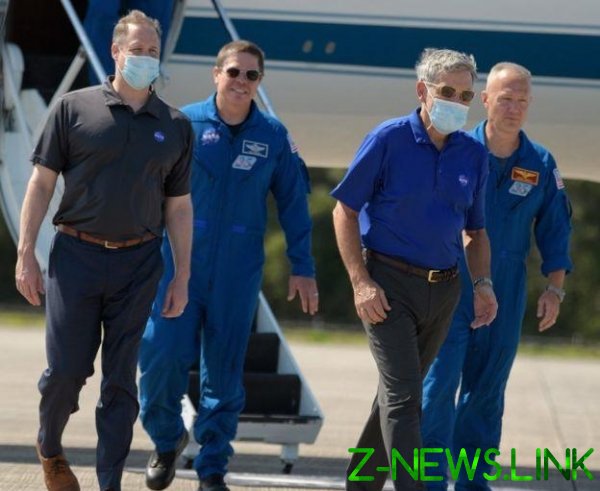 However, Behnken and Harley themselves have a great experience: each of them twice in the past went into space on the Shuttle, and Harley participated in the last mission of the American “shuttles” in history in 2011.

For NASA flight next week is vital, because it will be the first real test of the new American strategy for the withdrawal of human space.

“In the near future, American astronauts must once again go into space on an American rocket with an American earth, – said the Director of NASA, Jim Breidenstein. But at this time we do not in the same way as before. We work in partnership with commercial industry, realizing that, except NASA, it will have more customers. This will reduce our costs and make space more accessible.”

While this model will only work for flights to a few hundred kilometers from Earth to the International space station. However, later it is planned to expand it for missions into deep space. 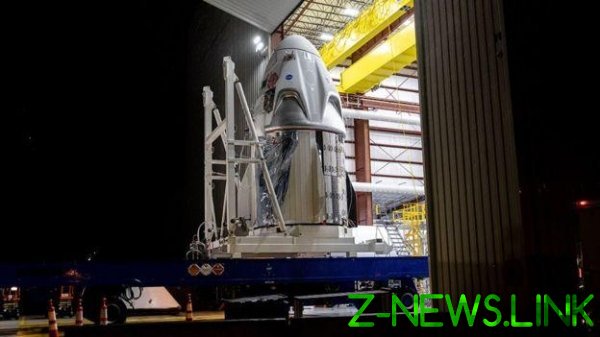 Image captionАстронавты will travel to the ISS in the Dragon capsule

In April, NASA selected three companies that will develop funds to resume human flights to the moon. Just as the current mission, it will be a commercial project, for which the U.S. space Agency will pay private companies.