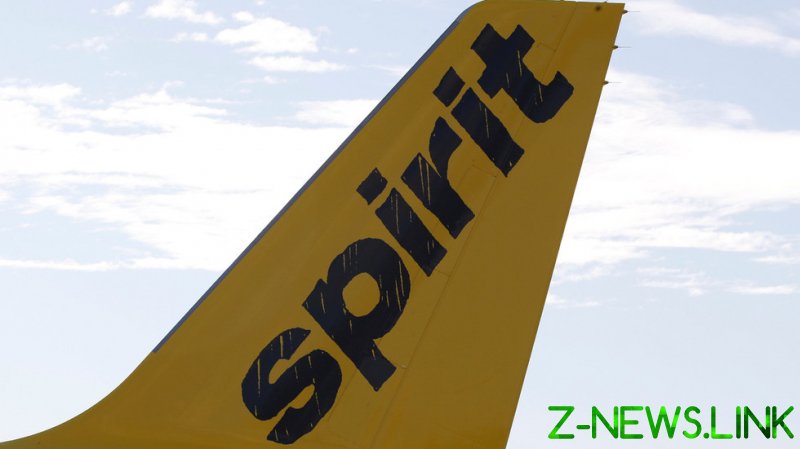 Three short videos that made the rounds on Twitter on Monday show a masked flight attendant talking to the pregnant mother and the father wearing a Jewish skullcap, demanding they take their things and go for being in violation of the mask policy.

The girl, who sat in her mother’s lap, wasn’t wearing a mask while eating her yogurt. Eating is exempt from the mask mandate.

“We’ll have to deplane the aircraft and call the police,” the attendant can be heard telling the family, explaining that “the pilot wants you off.”

“I’m not getting off this plane,” the mother is heard saying in the second video, asking other passengers to help her put a mask on her “screaming toddler.”

According to Yossi Gestetner from the Orthodox Jewish Public Affairs Council, who shared the videos, the mother is seven months pregnant, the toddler is two years old, and the family also had a seven-year-old son with special needs on board.

“Everyone was ordered off” during the dispute, Gestetner tweeted.

What happened next isn’t exactly clear, but the third video shows the father saying the family was back on board, with a new flight crew.

As of 3pm Eastern time on Monday, Spirit has not commented on the incident.

Last month, a Hasidic Jewish family was removed from a Frontier Airlines flight after the crew alleged they had violated the mask policy. Gestetner highlighted that incident at the time as well.

In January, American Airlines forced a 20-member family from Salt Lake City, Utah to get off the plane, also for allegedly violating the mask mandate. One of the family members said his mask had briefly slid off his nose, and he quickly put it back, but he was told the crew wanted them off the plane anyway.

They were allowed to rebook their flight after they agreed “to comply with the face-covering policy,” the airline said.

Almost all US airlines have required passengers to wear masks since mid-2020 or earlier. The Biden administration imposed a federal mask mandate on all travelers on January 22 this year.