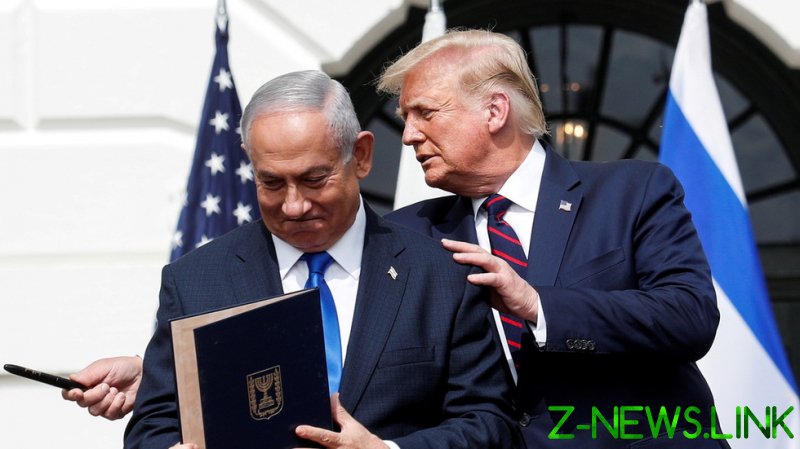 Journalist Barak Ravid conducted several interviews with Trump for his book ‘Trump’s Peace: The Abraham Accords and the Reshaping of the Middle East’, during which the 45th president had very strong words for his ex-ally. Trump’s comments were revealed by Ravid in Axios on Thursday.

“I liked Bibi. I still like Bibi. But I also like loyalty. The first person to congratulate Biden was Bibi. And not only did he congratulate him, he did it on tape,” Trump said, noting that Netanyahu was earlier than other world leaders to congratulate Biden’s 2020 presidential victory while the election was still being contested.

Trump complained that not only did Netanyahu congratulate Biden “before the ink was even dry,” he also claimed on tape to have a “great friendship” with Biden – a claim Trump disputes.

“They didn’t have a friendship, because if they did, [the Obama administration] wouldn’t have done the Iran deal,” he said, comparing Netanyahu’s congratulatory speech to a person “begging for love.”

“That hurt him badly with the people of Israel. As you know, I’m very popular in Israel. I think it hurt him very badly.”

Netanyahu was ousted as prime minister just a few months after Trump’s defeat to Biden, and was replaced by Naftali Bennett. Netanyahu now serves as Israel’s leader of the opposition.

As president, Trump gave many victories to Israel and Netanyahu, which included moving the US embassy to disputed Jerusalem, pulling the US out of the Iran nuclear deal, and formally recognizing Syria’s Golan Heights territory as a part of Israel.