Home / WORLD / ‘F**k every single Trump voter’: Biden may be in, but Hollywood’s & media’s crusade to destroy conservatives is just beginning

‘F**k every single Trump voter’: Biden may be in, but Hollywood’s & media’s crusade to destroy conservatives is just beginning 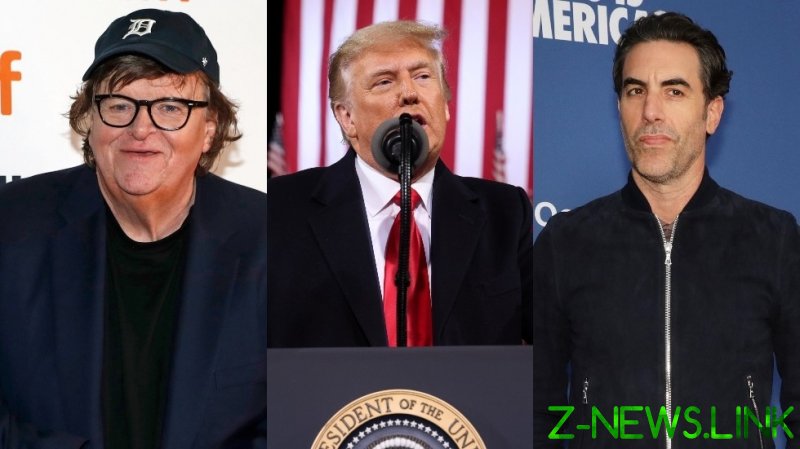 Trump Derangement Syndrome is going nowhere. If you find yourself hoping Joe Biden’s presidency means we can, for better or worse, turn the page on the four years Trump occupied the White House, then you are an optimist whose blinkers are screwed on so tight that oxygen is being cut off from your brain.

Watching the reactions to Biden’s inauguration and Trump’s final hours as president, one would assume the election results were flipped and we were headed into another four years of Trump.

CNN’s coverage of Trump’s final speech as president included anchors blasting him as “small” and obsessing over crowd sizes, the sort of lame-brained analysis that’s been signature to the network’s brand for years now.

Looking to Trump’s loudest critics and Biden’s biggest supporters in Hollywood also paints a picture that, culturally speaking, the next four years will look exactly like the last four: Trump and anyone deemed supportive of him are the boogeymen of the world.

“He now flies over the wreckage he has created, knowing we are not done with him. Trial. Conviction. Imprisonment. He must pay for his actions – a first-ever for him,” ‘documentary’ filmmaker Michael Moore tweeted on inauguration day, referring to the absurdity that is Trump‘s possible impeachment trial in the Senate when he is not even in the White House.

Others like Rob Reiner and John Cusack have been just as desperate for Biden’s first days in office to be marked by an aggressive push to criminally punish Trump.

Other celebs have taken a different approach, pushing for cancel culture to be the main form of punishment for Trump, with supposed free speech warriors like Sacha Baron Cohen pushing for permanent bans against him on every major platform.

The truth is the vitriol towards Trump and anyone remotely supportive of conservative principles will not be magically ended by Biden being in office. The cultural and political battles being waged by the extreme left are bigger than Trump, even if many ‘pundits’ pretend they are not.

“F**k Trump, f**k his whole family, f**k anyone that chose to work with him and f**k every single Trump voter. The rest of us need to make sure this never happens again. We’ve been warned,” comedian and Hillary Clinton loyalist Billy Eichner tweeted this week.

“The shame will last forever,” model Chrissy Tiegen, who flew a private jet to Washington DC for the inauguration, added on the big day.

Biden winning was not enough. Trump remains a convenient boogeyman for the left, and they will never stop reminding us of their worst fantasies about him as it provides such a low bar for Biden to step over as president. He will remain victorious and scandal-free in their eyes no matter how much government spending grows, no matter how messy foreign policy gets, no matter the lies he tells because, hey, he’s not Trump.

Biden’s words of “unity” and “healing” are just words because his most public supporters have their sights locked on a man who has lost the very power they said made him so dangerous. They will support any aggressive moves made by the Senate, Biden’s Justice Department, and social media companies to target Trump or his supporters, no matter the consequences, because their Trump Derangement Syndrome has become chronic, and remains a key part of their worldview.

Biden’s presidency will not change the tune of the media or the culture. Trump will remain the bad guy and conservatives will pay the price for this. They continue to be the cultural and political enemy in the eyes of the media and Trump critics, which makes so-called “unity” nothing more than a mirage that has already been dispelled by the left’s very words.