Home / WORLD / Five lessons from this week’s US elections, including one Trump surprise

Five lessons from this week’s US elections, including one Trump surprise 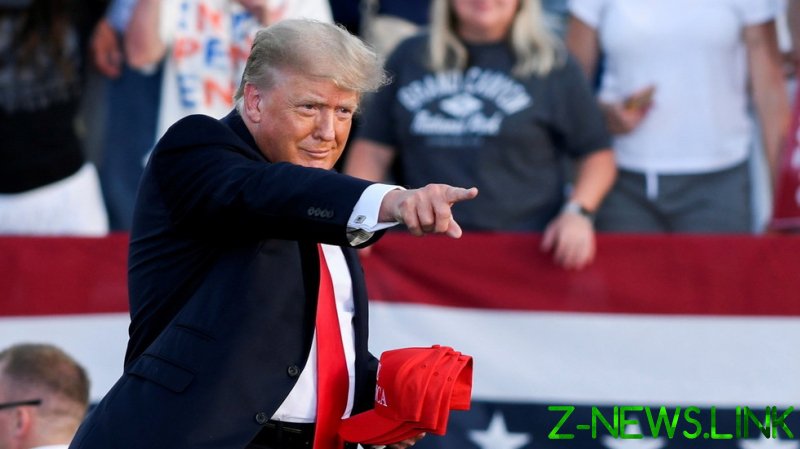 With roughly a year to go until the midterm elections, it’s time to look at the top five takeaways from the 2021 election cycle in the wake of Republican victories in Virginia and beyond.

Takeaway No.1: The Democrats are not in touch with voters on most issues.

This takeaway is either a no-brainer or a dastardly lie, depending on where you fall on the ideological scale.

Conservatives, who always think Democrats are out of touch with normal American values, will likely feel vindicated. Progressives, on the other hand, will argue it wasn’t the ideas or policies proposed by Democrats that were at fault, but the execution of policies and the inability of moderates in the party to embrace more radical, revolutionary proposals such as defunding the police, or the New Green Deal.

We’ll get into the specifics of policies in a second, but the magnitude of the losses seem to indicate that, whatever the Democrats are arguing for, the country isn’t buying. It’s not like the Democrats just lost one race in Virginia; they lost a lot of races in Virginia – and elsewhere.

When a Republican campaign consists of $66.64 spent at Dunkin’ Donuts and $86.67 on UPS, and the GOPer beats the most powerful Democrat in the state Senate, who spent $490,000, the Democrats might want to work on the message they bought for half-a-million bucks.

It’s not like the Democrat was in a scandal. He was Senate president. In overwhelmingly liberal New Jersey.

And to buttress the idea that Democrat policies are unpopular today, you only have to look at the latest Harvard-Harris poll. It has very little good news for Democrats.

From tax increases, global warming, and race issues to Covid policy, and the social and infrastructure spending bills, the best one can say is that there is marginal support to outright opposition to most policies put forth by Democrats since the 2020 election.

Takeaway No.2: The Democrats will continue to fight about the direction of the party until after the midterms, and that will aid the GOP.

The lack of support from ordinary Americans won’t stop the Democrats from fighting over the direction of the progressive party. Electorally, the US is more like an aircraft carrier than a cruiser: it takes a long time to turn around when pointed in the wrong direction. Part of that is by constitutional design, part of it is by primary politics.

While the GOP will be busy copying over the centrist recipe they found in the 2021 victory to the 2022 midterms, the Democrats will still be testing whether they should swing further to the left to win or back to the center to win.

Rarely do the rank-and-file of political parties beg politicians to swing back to the center after a defeat. That’s not to say the Democrats won’t field some more centrist candidates – they likely will – but they’ll likely be centrists espousing progressive policies, which will weigh them down until they win outright or are defeated.

Takeaway No.3: Black, female former Marine Winsome Sears is the new face of the GOP, and more like her will help end the white-supremacy myth used by Democrats to hound conservatives.

Whatever USA Today might think, conservatives are thrilled by the victory of Sears, the gun-toting mother of three who was elected as lieutenant governor in Virginia. And it’s not because she’s another black face. It’s because she’s eloquent and proficient in talking up conservative ideas.

She can defend against charges of racism while simultaneously supporting conservative positions.

“Well, here’s the thing,” Sears told local WJLA News about her support for gun rights. “Harriet Tubman carried a gun, and if it was good enough for her, then it’s good enough for me. But here’s the other thing that most people don’t know: the gun confiscation laws were first used against Black people, you see, and so we’re entitled to have guns. It’s our Second Amendment right. And we’re not giving them up.”

In the aforementioned Harvard-Harris poll, 64% of voters, including 72% of independents, said they thought the Department of Justice was wrong for setting the FBI onto “rowdy parents” who showed up at school board meetings to protest Covid policies and/or critical race theory (CRT). And 57% said CRT shouldn’t be taught in schools at all.

But don’t expect polls like these, or the results of elections, to stop the unions calling parent participation in such meetings “domestic terrorism.”

One of the last bastions of union control in America is the school district. Being among the largest employers in any county, unions have unprecedented access to both financial resources, via union dues, and human resources, via union organizing. If you want to create a grassroots campaign in America, organize the teachers. The unions provide a turnkey solution when it comes to community organizing and have almost no accountability because of the difficulty of winning school board elections at the local level to call them to account.

That’s why, time and again, the teachers’ unions take unpopular positions on issues. They’re used to being the shock troops for progressive causes and getting little or no blowback. Despite their unpopularity, expect it to continue because it helps the Democrats.

For the first time since being defeated last year, former president Trump is the favorite to win the election in 2024, according to a sports book that tracks political races. But that doesn’t mean he is favored by the GOP.

One can make a convincing argument that, for different reasons, both Biden and Trump are the most unpopular men in America – although Trump is likely more popular with Republicans than Biden is with Democrats.

But what speaks loudest is the conspiracy in Virginia by everyone in the GOP, including Trump, to keep him from campaigning there during the general election, and to separate from Trump the Republican candidate for governor, Glenn Youngkin, at the same time the Democrats were trying to tie the election directly to him.

“When Steve Bannon hosted a rally for Republican candidates, to which Trump called in, Youngkin made sure he was elsewhere,” said the liberal Atlantic. “The Washington Post reports today that Youngkin and Trump spoke on the phone repeatedly during the campaign, but tellingly, no one leaked that information until the votes were in.”

That’s hardly a vote of confidence by Trump and the GOP in a potential Trump candidacy for president in 2024. One doesn’t win the presidency by hiding – unless, of course, one is Joe Biden.