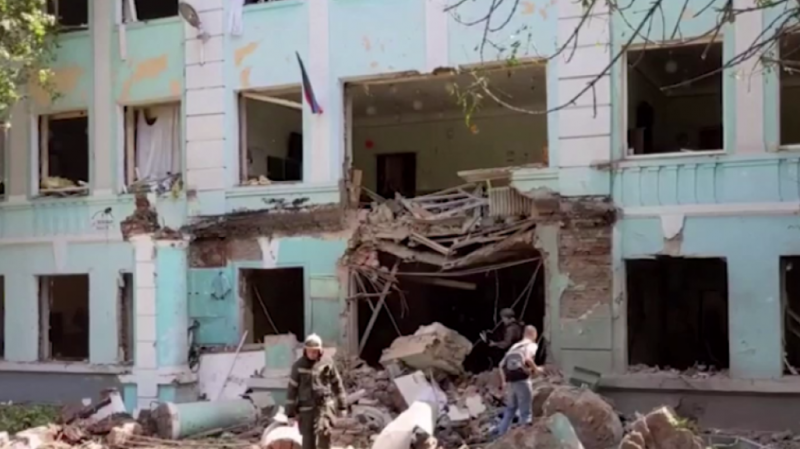 Ukrainian shelling of Donetsk has left at least five people dead, and 18 others injured, local authorities of the Donetsk People’s Republic (DPR) said on Monday. According to local officials, a teenage girl is among the fatalities. The strikes damaged several civilian facilities in the city, including schools and residential buildings.

Preliminary reports allege that US-supplied artillery may have been used in the attacks. In one home, two 14-year-old girls were hurt, Mayor Aleksey Kulemzin said. One of them died while the other one was taken to hospital.

Three civilians were killed, and a dozen others injured at two schools, the mayor claimed. Two people were in serious condition, he added.

The headmistress of one of the schools, Olga Rachinskaya, told the media that many of the teachers “were lacerated with shrapnel”. She said the two workers who were killed were elderly.

“This is just an ordinary school. There is nothing military here, nothing,” she said. Luckily, Donetsk schools teach remotely, so students were not in the classrooms when the shells hit, according to the educator.

On Monday, Mayor Kulemzin speculated that the Ukrainian troops may have used US-supplied 155mm M777 howitzers in the assault. “This is heavy weaponry, most likely the American delivery,” he told Russian television when describing the attacks. He claimed some of the shell fragments discovered on the ground had markings in English.

The US and its allies have reportedly supplied about 100 towed artillery guns to Ukraine, ramping up their military aid with heavier kinds of weapons. Kiev may soon receive US-made multiple launch rocket systems too, adding them to the weapons from Soviet stockpiles that it currently possesses, according to media reports. 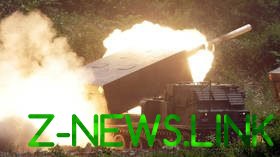 Commenting on the news coming from Donetsk on Monday, Kremlin spokesman Dmitry Peskov said Ukrainian attacks on civilian infrastructure in DPR were “outrageous.”

“This is exactly what our warriors are fighting against. To make such things stop,” he said, branding the perpetrators “neo-Nazis”.

Russia attacked Ukraine state in late February, following its failure to implement the terms of the Minsk agreements, first signed in 2014, and Moscow’s eventual recognition of the Donbass republics of Donetsk and Lugansk. The German- and French-brokered protocols were designed to give the breakaway regions special status within the Ukrainian state.