Home / Society / Fist is a stigma, and the order of Lenin — the recognition

Fist is a stigma, and the order of Lenin — the recognition 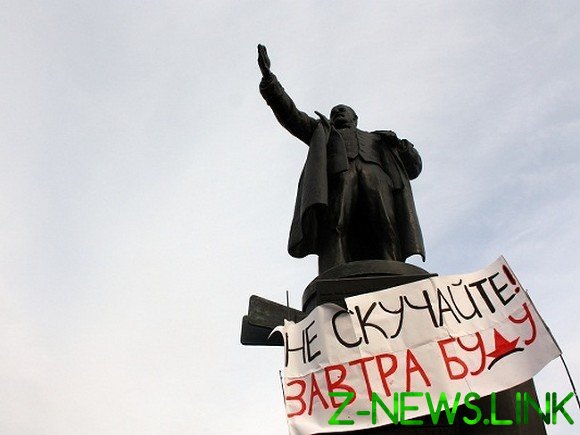 From denial of Stalinist repression to the denial of the coronavirus, and “flat Earth”: why Russians do not believe the facts that contradict their beliefs.

Denialism — denial of reality, which is contrary to personal beliefs — has always existed, but now in Russia-prepared fertile soil, according to the panelists, organized by the “international memorial”.

“Two years in a row we went on an expedition to the Vologda region, where they interviewed descendants of deportees. In the 1930-ies there were exiled kulaks from the Ukraine, and in the 1940s, sent a large party of Germans. In 1990-e years there were published many works with the memories of the children of these deportees, who were eyewitnesses, and do remember, despite the small age. They have built their narrative accusingly: he described all the hardships they had to endure my parents, and blame the government. However, it is not the way the media narratives of postamat (memory of events that we have not experienced personally, but have experienced senior family members). Grandchildren of deportees trying to write a biography repressed relative to the Soviet Canon. For example, they say that he hung the portraits of Stalin and Lenin that he did not fist, worked all my life, lost my health at work. And in General, the order of Lenin he got and never complained about the Soviet regime and experienced difficulties. In these narratives of postamat repression are portrayed not as a result of the violence of the state, as a result of personal conflicts. One of our informant, whose father was arrested in 1937-m to year, and he spent 8 years in the camps, says that his father told out of revenge: he was in charge of the collective farm herd, the informer wanted to take some good cattle, but my father did not allow.

That the victim’s cousin was arrested due to the fact that someone got back at him was jealous or told out of selfish motives, they say very often. Thus repression is not the result of violence by the state, and the result of a personal conflict. One would assume that the reason for the personification of repression that the people with whom we spoke live in the villages and because of their educational or social background they find it difficult to understand such an abstract concept as a state or regime. Actually — no. Similar beliefs, we often hear from people with a completely different social background. For example, one interviewee from the Moscow intelligentsia family, the grandfather which held a high position in the state planning Commission, informed us that the grandfather was arrested because of the theater he stood up for the woman that had been molested by the NKVD, and they thus avenged.

Quite often there is a message that repression is the result of the incompetence of the local authorities. Another source of the Vologda region, whose grandfather was dispossessed and killed on Solovki, said that collectivization was carried out by the idiots, but in General the farm — it is very good.”

“There are several stable types of narratives that soften the memory of repression, make it acceptable. For example, the descendants tell the story that spetspereselenets actually was for their ancestors ‘ salvation. The Germans were deported to Vologda, in order to save from the Nazis. And the Ukrainians were in banishment, because fled from the war.

In the list of mitigating the unpleasant memory and narrative, the error relative was expropriated or arrested on the denunciation of the envious, though in fact was not a fist. Blame the local authorities. Or repressed relative actually was loyal to the regime, and then his work is appreciated, and often lists the awards, which he subsequently was awarded.

The reason is that a reflection on the family memory is in the Soviet system of coordinates, where the fist is a stigma, and the order of Lenin — recognition. These narratives remove the stigma from long-dead relative, and the family as a whole. Curiously, the state as an actor usually in these stories missing.”

“In the USSR, denial was part of state ideology. Much more interesting why this is happening now. In Russia is quite complicated life. We have a small group of super-rich people and the vast majority of the poor. A small amount is included in the active economic, political, cultural life, and the majority excluded. The medicine we have bad science and bad education. People who see it, instead of thinking about how to break out, I start to remember tasty ice cream, slogans, flags, parades, and nostalgia for Stalin. It is a terrible thing, which is now very common. Moreover, widespread even among people who seemingly should know and remember. Two or three professors in the universities where I work — an ardent Stalinists, who in Facebook multiply materials about Stalin, the Victory, and about how nice it would be to go back to those times. But it is not genuine love, and protest response. That is, the worse the situation in the country, the stronger the love for Stalin”.

“We are dealing with a phenomenon that by its nature is much more solid, powerful, widespread, and deeply rooted than the phenomenon of the search for historical truth. An attempt to show that there is an indisputable set of facts that cannot be denied — the property of a very narrow circles.

The truth is that people are afraid of reprisals. Especially generation of Soviet experience. They deny repression in the past to less fear in the present. This fear seems to me the mass, common among older and Mature population. This story is innate. To overcome it you need to a new generation of people — our 20-year-old.

I think you have to accept the fact that the deniers is a much more dense environment than the people who strive to establish historical truth. The only tool work with this layer attempts to deliver people from fear.”

“Historical otricatelno — the phenomenon is timeless and non-political. These people have enough in any society at any time. But there are times a situation when otricatelno gets publicity. Now we live in a time like this. In my opinion, it is a global phenomenon associated with drop in the cultural level in General. The socio-cultural context of the prosperity of historical denialism the same as any other otricatelnoe mass ignorance. This is a symptom of a new middle Ages, the onset of a new Dark ages. By its very nature historical otricatelno — the same phenomenon as the spread of the thesis of a flat Earth. In many countries there are companies who deny the sphericity of the Earth, and claim that it is flat. Gain any, but they life put to prove his claim. The political situation here is some incentive for this kind of otricatelno, but it is not the root cause. In another time these people would be considered crazy city, but now they are massively publish brochures are in public.

Today in England destroy mobile towers, which put bill gates, “that all chipped with kovida”. Such people have always, in any society. The problem is that there are epochs in which they receive most sympathetic audience. It seems to me that the debate with denialists pretty pointless, as well as their audience. We will never achieve serious results. But you can carefully study the Genesis denialists claims: how they arise, what are the ways to spread these allegations. To do exactly what is done when any epidemic is to explore ways of distribution, to develop sanitary and hygienic measures. But what is happening now, definitely an epidemic of ignorance.”

“Characteristic of deniers — the lack of materialistic thinking, and consequently conspiracy theories as the explanation of all regularities in the world. Their position is based on the belief that the secret mechanisms control the planet. Denial on their part of the possibility of knowledge of objective reality is also an important feature. Their konspirologichesky does not imply a rational explanation for what’s happening in the world.

Any output of the scientific community will be denied. Scientist astronomer armed with all the knowledge extracted by this time humanity will not be able to convince the proponents of a flat earth that it is round. He’ll just say — don’t believe. Can only speak about the education as about the only attempt to get out of this situation. But in historical science we had a roll in the direction of the inability in General to establish the truth of certain events. As the saying goes, “history is not what it really is, and what is written in the textbooks.”

“The denial is an important psychological defense mechanism that is used psyche when she finds no other way out. When the assumption of truth is very destructive. When it is impossible to take on a very deep level. With the increasing human “I”, the growth of ability to cope with the reality of this mechanism required less often.

Universal unconscious psychological defense mechanism creates ignorance, and not derived from it. When there is a threat to national identity, the person is prone to denial. The denial of history comes from the fact that we cannot, are not ready and do not want to identify with the executioners.”

“What causes otricatelno? We are dealing with the phenomenon of hybridization of memory which corresponds to state policy. How does it look? “The terror was sorry for the victims, but we have built… but we made… but we won…”. It simple says the idea of the state: terror is an effective way of governing the country. Once we reached the results of the victims mind, but it took time. In this context, a Great Patriotic war, electricity — anything. Importantly, in this narrative inherent justification of terror. When this mechanism starts to work, he comes into our lives as a way of dialogue between the government and citizens. That is why, when we talk about historical memory, based on still talking about the inheritance of the past, not about him as such. Fear of authority, state violence, the victim complex. The vast majority accept the heritage of the past.”

“We are in a situation where the past plays an incredibly important role. Thirty years ago we could not imagine that the story will become a battleground, as if we were back in 1956-th year. The way was passed. Anyway, people understand you need this to last somehow to cope, or we don’t come out of a totalitarian system at all. It was a long road, but he still led us to the restructuring. What began to happen then, looks cynical. We are in Orwellian space, but the hero of Orwell rewrote the past is still secret. Here it occurs quite openly and publicly. This puts us in a situation makarovskij witches. Nothing: there is no science, good and evil no historical facts no. It is very hard hit by the next generation. If you deny science, deny knowledge, this leads to a serious moral developments”.