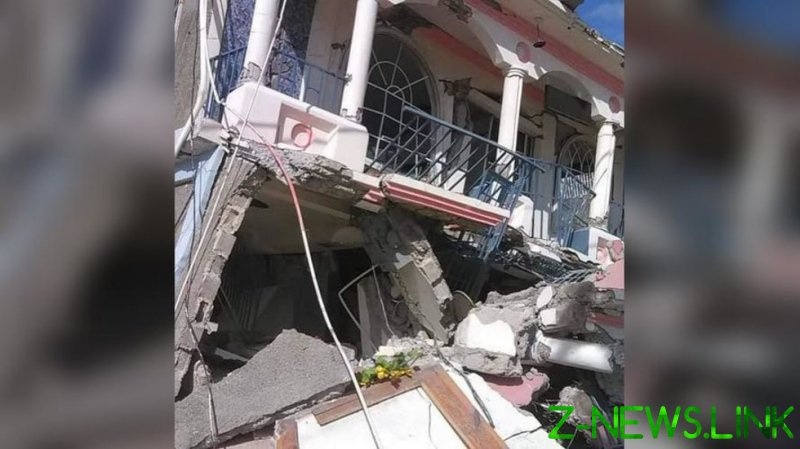 Haiti was shaken on Saturday by a major earthquake, which hit the southern peninsula of the island nation near the towns of Saint-Louis-du-Sud and Jeremie.

The first videos emerging from Jeremie showed dust-choked and rubble-strewn streets, and videos published shortly afterwards showed similar scenes in other towns and villages, with buildings felled and panic in the streets.

A hotel collapsed in the town of Cayes, reportedly burying people inside under mounds of rubble. With multiple buildings in the town leveled, unconfirmed reports online suggest that the local hospital is overwhelmed with the injured.

No precise death toll has been put forward yet, but Haitian Prime Minister Ariel Henry said that “several” people died in the quake. The United States Geological Survey has issued a red alert for estimated casualties, stating that “high casualties are probable and the disaster is likely widespread.”