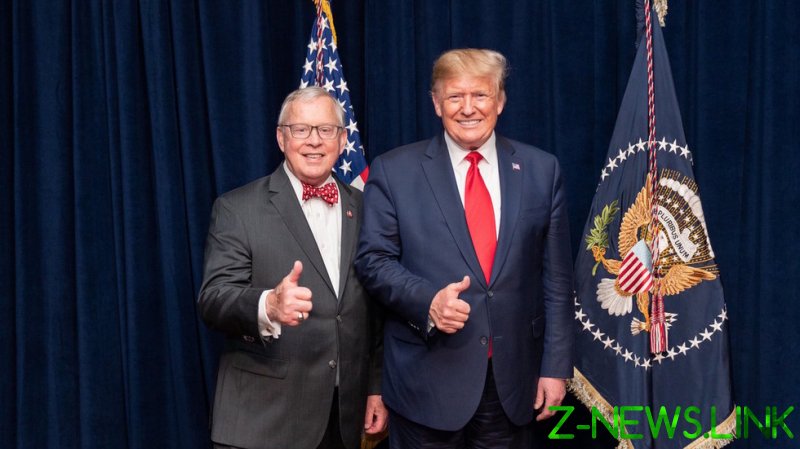 Wright, who was 67 at the time of his death, has been reported by many outlets as the first sitting congressional member to die from the virus. Representatives confirmed his death on Monday and said he and his wife had been hospitalized for two weeks.

“For the previous two weeks, Ron and [his wife] Susan had been admitted to Baylor Hospital in Dallas after contracting Covid-19,” his office said in a statement.

Wright “passed away from health complications following his COVID-19 diagnosis,” according to a spokesperson.

The congressman revealed his Covid diagnosis on January 21 and said he was only experiencing “minor symptoms” and was continuing to work. Wright had also been battling cancer and was hospitalized in September for complications from his treatment.

Though many colleagues, including Rep. Kevin McCarthy (R-California) were quick to publicly mourn and celebrate Wright’s life, many on the other side of the political aisle were quick to use his death as an excuse to criticize his politics, specifically his pushback against the closing of schools amid the pandemic.

“Democrats are choosing teachers unions and special interests over the well-being of our students. The CDC says schools can safely re-open if proper precautions are taken.  What are we waiting for?” Wright tweeted on Friday in what was his second to last tweet.

It was this tweet liberal social media users took and used to contrast with Wright’s death, thinking he could not possibly have Covid-19 and still oppose a lockdown restriction like children being prevented from attending school in-person.

“Wright died of Covid yesterday. He was already hospitalized when he (or more likely his staff) tweeted this out,” The Nation’s Jeet Heer tweeted.

Others took things even further and used Wright to blast the Republican Party as a whole. Some even made a joke out of the Republican congressman’s death in light of his tweet.

Wright was reelected to his position in November and represents Texas’ 6th Congressional District. His now-vacant seat will be filled following a special election in the near future.