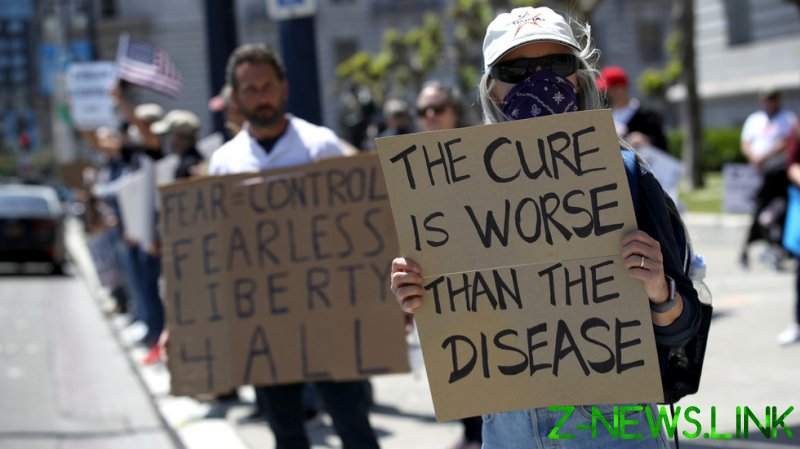 Calling someone a first-level thinker might sound initially like a compliment. However, “first level” is not “first rate” or “first place.” You’ll find various phrasings and competing intellects taking credit for the label, but we turn to American investor and writer Howard Marks for an introductory definition: “First-level thinking focuses on solving an immediate problem, with little or no consideration of the potential consequences. First-level thinking is simplistic and superficial, and just about everyone can do it.“

It’s reactionary thought – reason tainted by emotions ranging from fear to self-righteousness. It is hack thinking – the intellectual equivalent of a lazy first draft employed to solve a given problem quickly just to get it off the books.

The biggest drivers of first-level thinking are panic and outrage. Those raw and powerful emotions trigger a fight-or-flight reaction that demands a response to take the edge off – regardless of what additional disasters such a solution could trigger.

There is no greater example of panic-driven first-level thinking than the ongoing response to the Covid-19 pandemic. A year ago, with infection rates spiking and death tolls climbing in some pockets of the globe, many of the world’s governments opted for an immediate bunker mentality. Quarantines and lockdowns seemed initially justified. The groupthink of March and April 2020 chanted: “There’s a sickness. Everybody stay home.”

Then, rather than shift into more nuanced contemplation and outline how an operating society might manage the virus to continue functioning, those same governments sat on square one of the Covid-19 game board and threw away their dice. Lockdowns and shuttered economies became the extent of their strategy, even while evidence piled up that the virus was not as transmittable or as generally lethal as originally thought.

The resulting 12 months of stagnancy leveled far more damage to people’s lives than any sickness could inflict alone. A manageable health crisis that authorities and medical professionals could’ve held in check until vaccines eradicated the threat ravaged livelihoods, crippled entire industries, exacerbated other health problems and produced new cultural crises of poorly educated children and spikes in mental or emotional illnesses. The first-level thinker’s response to Covid-19 was stay home and avoid each other. As a result, the world’s economy and culture will spend years trying to undo the damage wreaked by witless panic.

For an experiment in outrage-driven thought, we look to Minneapolis. As the Derek Chauvin verdict looms in the George Floyd case, American society seems poised to botch a watershed moment in its history.

Regardless of the verdict the judge reads, the killing of Floyd was the sadistic act of a sociopath. I have never met, read about or heard of any human being who watched the tragic video of Floyd’s death and expressed approval of the officers’ conduct. The sight of a smug, joking Chauvin kneeling on a man’s neck until that man lay dead cannot and will not be forgotten. There’s no need to explain or justify the disgust and outrage the memory generates.

That rage erupted into weeks of riots across the country and a simple bumper-sticker war cry of “Defund the police!” It was a straight line from A to B in this case. Horrified citizens watched a police officer slowly kill a man. They observed that the police officer seemingly enjoyed the process. So, first-level thinking dictates all police are violent, racist sociopaths who serve no beneficial purpose. Cut their budgets by way of punishment. Push them aside.

Of course, even a moment’s reach into that rarified air of second-level thinking would confirm that the majority of law enforcement professionals fight to protect and serve. Meanwhile, associating the absolute worst traits of human nature to every single member of a profession is the kind of prejudice rioters were supposedly protesting.

The more evolved call to action demanded law enforcement institutions stop protecting their own at the cost of the public. Chauvin was not a first-time offender. He had previous stains on his record and should’ve been stripped of his badge long before he came across Floyd. The tragedy offered a chance to expose and remove bad cops, purifying police departments rather than simply branding all cops as defective.

Still, that first-level battle cry of “Defund the Police!” took hold in many major cities, tying the hands of officers and discouraging them from proactive policing. More-advanced minds would point out that criminals would be foolish not to take advantage of such an opportunity, embracing the simple maxim that “the bad guy gets a vote, too.” Since such minds are too few in number and too muffled in volume, 2020 crime rates spiked in municipalities indulging the “defund” reflex.

According to final statistics, Chicago police recorded over 750 murders last year in the midst of the defunding movement, a jump of more than 50% over 2019. Los Angeles saw a 30% murder increase, and New York suffered a 40% jump. Tragically, most of those deaths occurred in minority neighborhoods who desperately need those defunded police on duty.

In keeping with this 21st century Age of Narcissism, first-level thinking is both arrogant and selfish. It assumes that the reactor’s instincts are so finely tuned, and their emotions so worth expressing and satiating, that the most base-level response is more than adequate. The phenomena is really little more than a child crying, “This hurts me. Make it go away so I can feel better.” Whatever simple-minded answer resulting from that limbic protest cannot be questioned and must remain in effect. More advanced thinkers questioning its validity and calling for more complex strategies are shouted down as insensitive or conspiratorial.

Tragically, those culprits who loyally invest in first-level thinking lack the self-awareness and intellectual honesty to understand how a hasty, poorly reasoned act meant to solve a problem can create endless difficulties. When the bill comes due, you’ll find that the first level, would-be intellectual left the table a while ago. They’re sitting off in the corner, hugging members of their very low rent club and reciting, “At least we tried.”

It’s most painful to admit that it’s this scribe’s own profession that allows the first-level thinking contagion to spread so thoroughly and effectively. Modern journalism pays its bills with the panic and rage giving birth to first-level thought. The superficial, sporadic media cycle has an attention span only slightly longer than the poorly educated public watching and reading its reports. Folks want today’s fires hosed down quickly so they can read about the floods all that water caused tomorrow. It gives everyone something to do.

Enough needles in enough arms should spike Covid-19. America’s sociopolitical psyche will survive the outcome of the Floyd trial. Unfortunately, the deadly fever caused by the world’s addiction to first-level thinking will continue to flair until more societies and their citizens choose to value reason over emotion when facing our common problems.