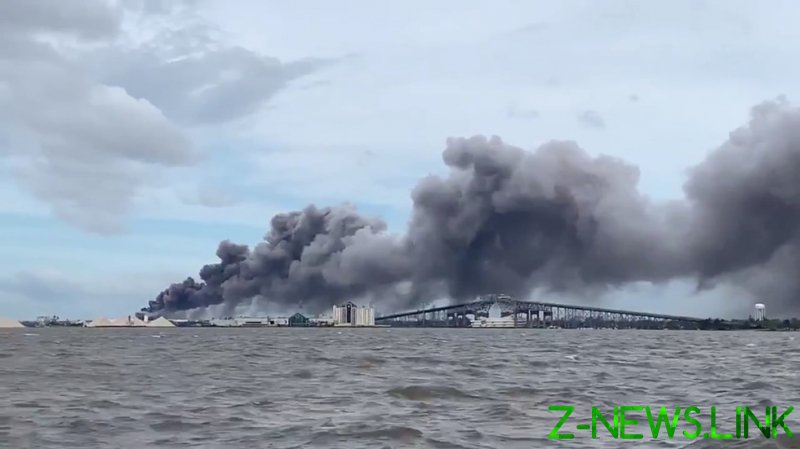 Governor John Bel Edwards himself tweeted at the residents of Westlake, Moss Bluff and Sulphur to “shelter in place, close your windows and doors and TURN OFF YOUR AIR CONDITIONING UNITS.”

“There is a chemical fire,” he added. “Stay inside and wait for additional direction from local officials.”

The orders are in effect “until further notice,” local authorities said. A portion of interstate highway I-10 has been closed off due to the fire.

Videos of the fire shared on social media show a massive cloud of black smoke rising over the water.

Police said the fire broke out at the BioLab chemical manufacturing facility in Westlake. Built in 1979, it manufactures chemicals used in pool disinfectants and household cleaners, such as chlorinating granules and trichloroisocyanuric acid. Both are toxic to humans and animals if inhaled or ingested.

The Lake Charles area was hit hard by Hurricane Laura, a category 4 storm that made landfall in the early hours of Thursday. The hurricane brought a “catastrophic storm surge, extreme winds and flash flooding” to much of Louisiana, according to the National Hurricane Center.

At least three deaths in Louisiana have been attributed to the storm so far. Now downgraded to a category 2, Laura is moving northward with sustained winds of more than 100 miles per hour (160 km/h).